An Eye on EMU Exhibit, Posters of Discontent 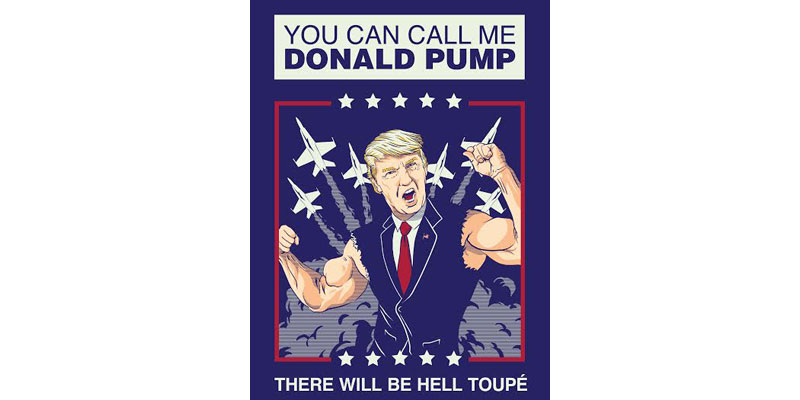 The University of Michigan’s Penny W. Stamps School of Art and Design is so near and dear and richly endowed that we sometimes lose track of our next-door neighbors in scintillating Ypsilanti: Eastern Michigan University’s School of Art and Design. Losing track is unwise. We might have missed that Professor Sandra Murchison, a national award-winning educator and studio artist, is the newly appointed Director of the program.

You might have missed that in July, Professor Emeritus Charles McGee had his monumental sculpture, United We Stand, dedicated as a permanent installation at the Charles H. Wright Museum in Detroit. It’s a beautiful, striking presence at the Wright, more than twenty feet tall, black-and-white, and reminiscent of the large works of Picasso and Leger. I guess I’m a sucker for beauty. The now 91-year-old McGee was the first recipient of the Kresge Eminent Artist award in 2008. You can see more of his work if you stroll along the sculpture walk on the lovely campus at Eastern, a great idea for a cool date this time of year.

We also certainly don’t want to miss the new exhibition Posters of Discontent III at Eastern’s University Gallery, running from September 7 through October 12. The free gala Opening Reception is on September 21 from 4:30-6:30pm. Pair that with the sculpture walk and you’re a hero free gratis!

Eastern has a remarkable recent history in poster art. The first “Posters of Discontent” show eight years ago included the work of Milton Glaser who designed the iconic “I (heart) NY” and the most famous poster of Bob Dylan, with colored, psychedelic hair. Another show in 2014 featured the work of Detroit native Gary Grimshaw, shortly before he died at the age of 67. He was one of the “Big Five” of 1960s psychedelic rock poster art. The reception at the EMU Student Center included talks and a Q&A by Grimshaw and his wife, Laura, and Leni Sinclair, ex-wife of John Sinclair, the self-styled poet and former manager of the MC5. It was a love-in attended by an auditorium filled with young and old hippies as well as old timers who weren’t hippies, like me. Grimshaw is now immortal in both San Francisco and Detroit for his posters of the Filmore, Avalon and Grande Ballrooms, touting groups like Cream, Hendrix, Led Zeppelin, The Who and Pink Floyd. He also did the poster for the 1971 John Sinclair Freedom Rally at Crisler Arena, which included John Lennon and Yoko, “Little Stevie” Wonder, Phil Ochs, Bob Seger, and assorted rabble-rousers. Talk about iconic!

Now comes the third quadrennial “Posters of Discontent” exhibition, midwifed and curated by Professor of Graphic Design extraordinaire, Andrew Maniotes. The shows are overtly political and timed to coincide with our presidential elections. All viewpoints are welcome – left, right and center – and there are multiple and often-conflicting subjects: Tea Party, Occupy, immigration, LGBT issues, global warming, you name it. Prof. Maniotes has created an international sensation this year with posters from nearly 20 countries. There are whimsical, profound and unpredictable messages in digital, screen, offset and hand printed forms. There are even images made with a new machine designed to produce super-gigantic, museum-sized posters. Prof. Maniotes told me he’s not worried about who is “offended,” but that the goal is to inspire thought and dialogue. Amen to that. Many of the artists have donated posters for sale, with proceeds going to charity. Amen to that, too.

Since you’ll be on campus anyway, check out the exciting exhibition Resonance: Ceramics Alumni Under the Tutelage of Susanne Stephenson & John Loree. It runs from September 7-20 at Eastern’s magnificent Ford Gallery, with a free reception on September 21. Stephenson and Loree headed the EMU ceramics department and hatched a generation of professional artists, educators and, above all, ceramicists who have had national and international impacts. To this day they credit their success to their EMU professors. The exhibit showcases 25 of these now-illustrious alumni and their life’s work.  See you there.