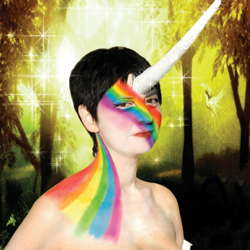 Forget about basketball. The real March Madness runs from March 21 through March 23 on North Campus: “Animal Acts: Beasts of the Northern Wild.” It’s a three-day performance festival and symposium featuring internationally known solo performers whose work explores animal themes. There are no actual animals in the show, but there are scheduled “talk backs” in which moderators talk with the audience and lead discussions.  All events are in the easy-to-find, easy-to-park Duderstadt Media Union, with performances in the video
studio.

On Thursday, March 21, 6:30 to 8:30, is “Post Human,” with performances by Carmelita Tropicana and Joseph Keckler (UM ’04), and a discussion moderated by University of Michigan Art Professor Holly Hughes. There will be an afterparty at the Aut/Bar in Kerrytown, with more performances there. It’s all free and open to the public, although Prof. Hughes urged me to advise readers that there will be provocative adult material. That means that I will be there for sure.

On Friday afternoon from 2 to 4:30pm will be “The Last Polar Bear,” demonstrating performance art as environmental activism. Then in the evening, 6:30 to 9:30pm, are performances by Holly Hughes herself and others. Holly again reminded me that all the performances contain adult material and language, and some include nudity. Say hello if you see me there. Hughes is an internationally acclaimed performance artist whose work navigates and rewrites the maps of “identity.” More than political satire, she has positioned herself at the center of America’s culture wars. She is the author of two cult classic books, “Clit Notes:  A Sapphic Sampler,” and “O Solo Homo: The New Queer Performance.”  She has received funding from the National Endowment for the Arts, the Ford Foundation, and the Rockerfeller Foundation, and has won two Obie awards from the Village Voice.  Her most recent solo piece was entitled “The Dog and Pony Show (Bring Your Own Pony).”  I could go on, but you get the picture.

On Saturday there are workshops with the artists. Then from 6:30 to 9:30pm are several performances with our own, recent UM grad – how-does-she-do-it? – Emilia Javanica as emcee.  All of these three-day proceedings are being filmed for a documentary, so there will be no late admission to the performances, although there will be intermissions at the evening shows.  I was reminded by Ms. Hughes that evening shows in particular are not “family friendly” and not recommended for audiences under 18.  If you’re over 18 and want to see something completely different, go and see and hear and experience.  I hear that when the film comes out they’re going to have to blindfold the projectionist – ha-ha-a!
Time flies when you’re having fun. The Chelsea River Gallery in charming downtown Chelsea is celebrating its 10th year with an exhibition called “no plan B,” showcasing the artists it represents and introducing new artists. The show runs through March 16.

The River Gallery keeps doing remarkable things in addition to showcasing, representing and introducing.  Like the amazing speaker series it is supporting at the Michigan Theater. On Thursday, March 14, at 5:10 pm, for example, Lynda Barry will talk about her career as a painter, cartoonist, writer, illustrator, playwright, editor, commentator and teacher. She’s won awards for her graphic novels, like “The Good Times Are Killing Me,” which was adapted as an off-Broadway play, but we of a certain age know her best for her two-decade hit “Ernie Pook’s Comeek.”  Cheers, River Gallery! And here’s to the next ten.