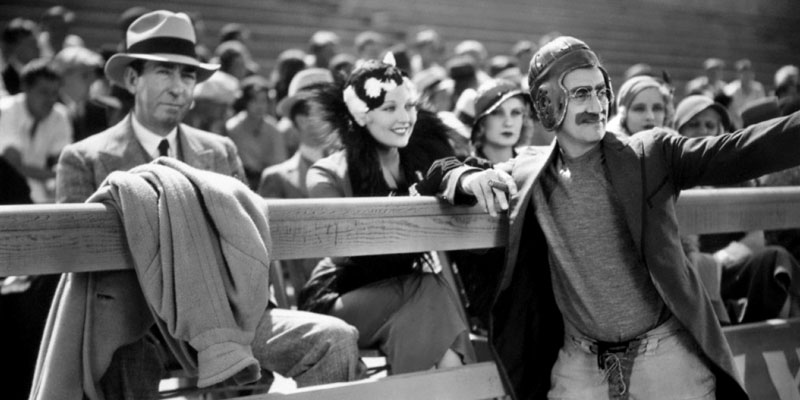 Who better to comment on the the ongoing (and never-ending) controversy over college football benefits and eligibility than the wise Groucho Marx? In Horse Feathers, Groucho stars as Quincy Adams Wagstaff, a college president whose son (Zeppo Marx) convinces him to recruit professional football players in order to win the big rivalry game. The issues the Marx brothers poke fun at in 1932 are still, unbelievably and sadly,  relevant today, while their trademark humor still holds up for modern audiences. The climactic final football scene was tagged as the best football scene of all-time by ESPN.com in 2008. Presented by the Kerrytown Market & Shops Summer Classic Film Series.