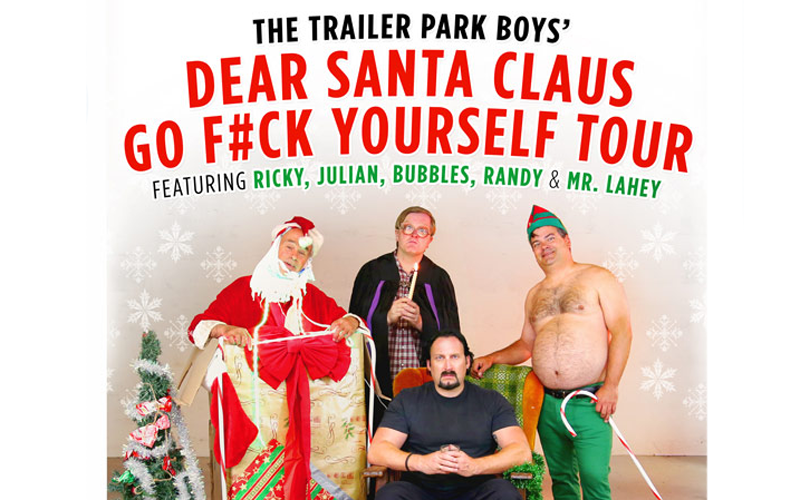 The raunchiest group of friends ever to come out of Canada are back, and best of all, their antics can be seen live and in the flesh. Ricky, Julian, and Bubbles – better known as the Trailer Park Boys – are the stars of the original Canadian mockumentary series of the same name, as well as three subsequent movies. Now they’re coming to Detroit as part of the Dear Santa Claus, Go F**k Yourself tour. The original series focused on growing up together in a fictional trailer park in Nova Scotia, drinking too much and doing drugs while hatching get rich quick schemes that usually ended badly. Expect more of the same at this live event where they try to spread the true meaning of Christmas. It can’t get any more irreverent than this.