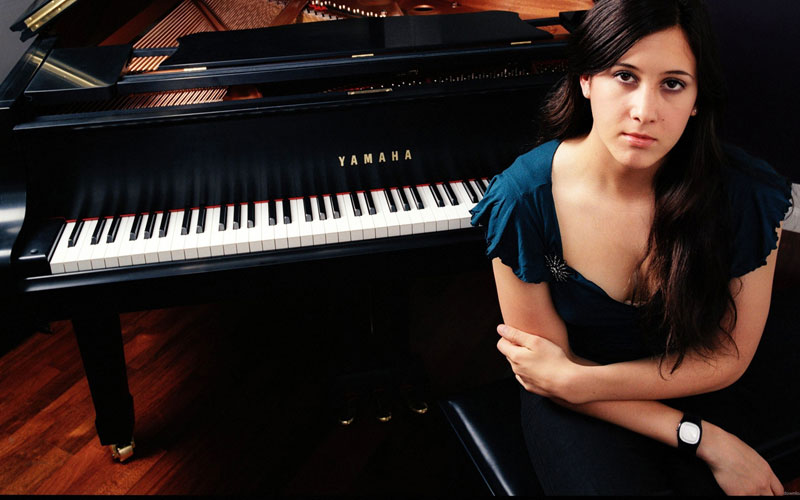 In support of her new album Liberman, which was released October 23, singer-songwriter Vanessa Carlton hauls her piano to Ann Arbor as part of her fall tour. Since her first major record deal in 2002, Carlton has produced five albums and been nominated for three Grammy-awards. Best known for her early 2000s hits “A Thousand Miles,” and “Ordinary Day,” Carlton, now 35, has matured as a songwriter and composer since her time in the glare of super-stardom. Her latest effort, in the works since 2012, featuring husband and Deer Tick frontman John McCauley, is a calm, peaceful collection that makes use of her soaring voice and the powerful piano-driven sound that made her a best-selling artist. The new album, inspired by a painting of three women, its title derived from her grandmother’s maiden name. The piece is featured on her website.