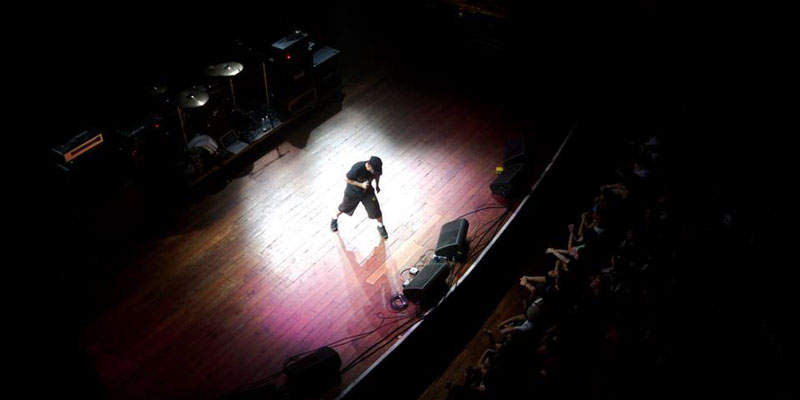 As likely to rap about Star Wars as growing up in a suburb of Chicago, Christopher Brendan Ward, better known by his stage name MC Chris, is unlike any other rapper. One of the first hip hop acts to focus on “nerd” life, MC Chris has also acted on television (as part of the “Adult Swim” lineup) as well as film, while also recording music for many well-known podcast networks. A true independent, he self-released his latest album, Marshmellow Playground, in 2014. Nathan
Anderson opens.