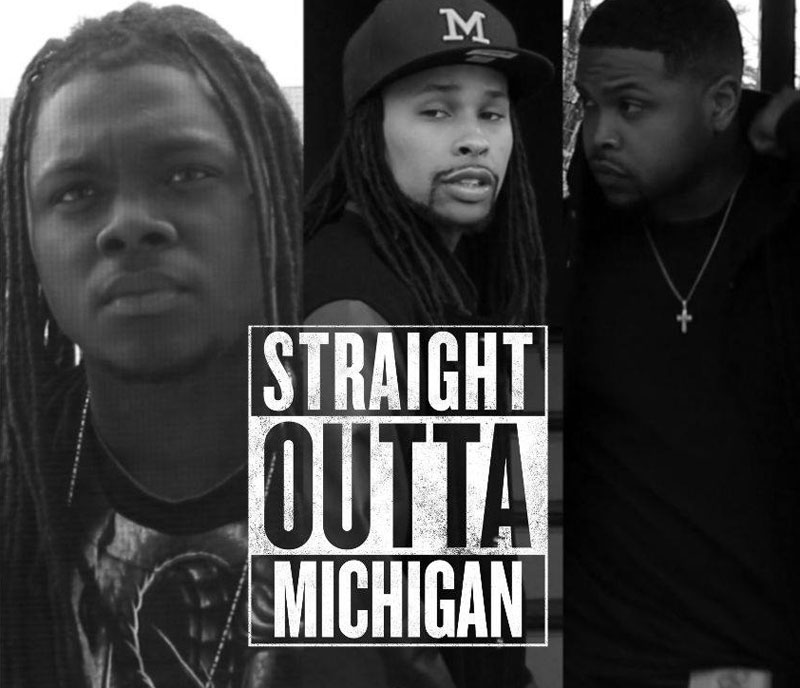 Detroit-based writer/director/actor D’Tonio “Joirida” Cheatham will be there in person to screen two of his films at the Michigan Theater, including his latest directorial work, Territory: 313 vs 734. In this “Tale from the Murder Mitten,” two rivals, led by Joirida in Detroit and Johnny Bizz from Ypsilanti, consider collaborating to dominate the State of Michigan. But when ego’s flair, tension takes over and the deal quickly devolves into a Detroit vs. Ypsilanti free-for-all. Everyone must choose which side they are on – including the audience! Bizz is a local MC from Ypsilanti.  Ann Arbor native actor/rapper MI Quan also appears. Territory wants nothing more than to put Michigan – music, actors, and locations – on the map.

Also screening from JCPfilms is Inaudible. Aspiring actor Curtis’ blunt talk always seems to get him in trouble. So instead of lashing out, he starts to physically stop himself from talking by biting his tongue. But what will his silence cost him? A movie about restraint and expression.