Celebrating its seventh year, the Made-in-Michigan Film Festival (MiMFF) returns to Frankenmuth this month, full of variety, food for thought and a number of films that have connections to Ann Arbor. The festival highlights and promotes independent films exclusively from the State of Michigan.

“Our mission is to provide a high-quality venue to give these filmmakers an opportunity to professionally present their films,” wrote Paul Weiss, program director of the festival, in an email.

The schedule is split into film blocks, narrative features and documentaries. The film blocks highlight short films and can include narratives, student films and animation.  The city of Ann Arbor is represented by a number of filmmakers and is featured in the film, Painting Pilfinger, about a forgotten hero searching for salvation through a mysterious friend who also happens to be the subject of a painting. Exported from Michigan is a documentary focused on the UM solar car project.

Other highlights of the festival will include the film Till We’re Free, the story of Mamie Till, who helped spark the Civil Rights Movement while exposing the truth behind the murder of her 14-year-old son, Emmett Till. Amazingly, the film was shot with no budget and an all-volunteer cast, directed by Denn Pietro.

The Neverlands is a look at a place where “lost boys graduate into a life of chaos at a young age to be permanently cast out of society…where squandered youth meets manhood head on.” Directed by Luke Jaden, this film is a “story about an African-American kid named Khalil that grew up on the hard streets of Detroit with an abusive, loose cannon of a father,” Jaden said in a press release. “Told years later as he contemplates suicide, Khalil has to reconcile the transgressions of his youth and decide whether he can ever recover from the terrible path he has found himself traveling upon.”

Of course, there are a vast number of films to be viewed, from comedies to dramas and everything in between. All are windows into what is happening in the world of film and what’s on the horizon.

Perhaps even more importantly, the festival provides an opportunity for filmmakers to begin to make those all-important first steps in making connections. “Filmmakers need live feedback,” says Weiss. “We wish to inspire those interested within the industry to develop their skills…Who knows who will be the next Steven Spielberg?”

The location of the festival is also a bonus. Frankenmuth is considered one of Michigan’s top destination cities. Bronner’s Christmas Wonderland, the Bavarian Inn Shops, the Frankenmuth Brewery and numerous other attractions are great ways to spend the day before heading in to see the films inspired by our great state. 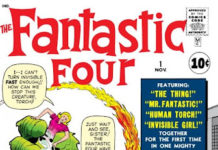 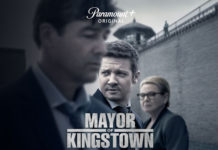