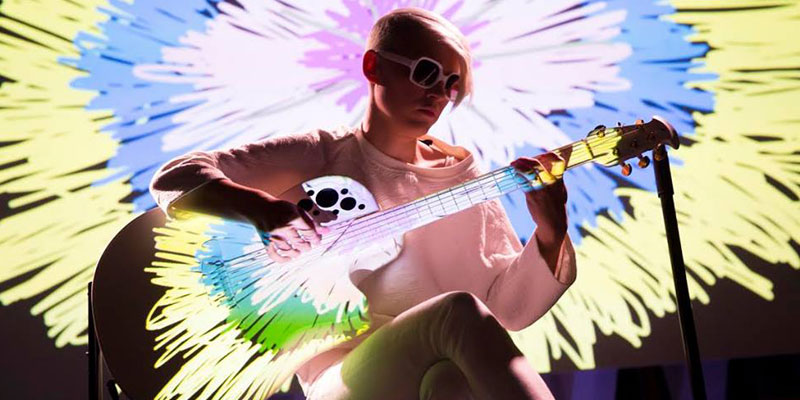 Using her skills to wow even the biggest rock stars is an everyday occurrence for musician and composer Kaki King. Dubbed “a genre unto herself” by Rolling Stone, King has contributed to television and movie soundtracks and performed with artists as diverse as the Foo Fighters and Timbaland. Introduced to the guitar at the age of four, King has spent the past ten years touring the world, gathering a devoted following thanks to her mastery of the steel string and classic six-string guitars. In support of her latest album, The Neck is a Bridge to the Body (2015), King is collaborating with visual experience company Glowing Pictures to create a live show that uses the guitar as a projection screen.