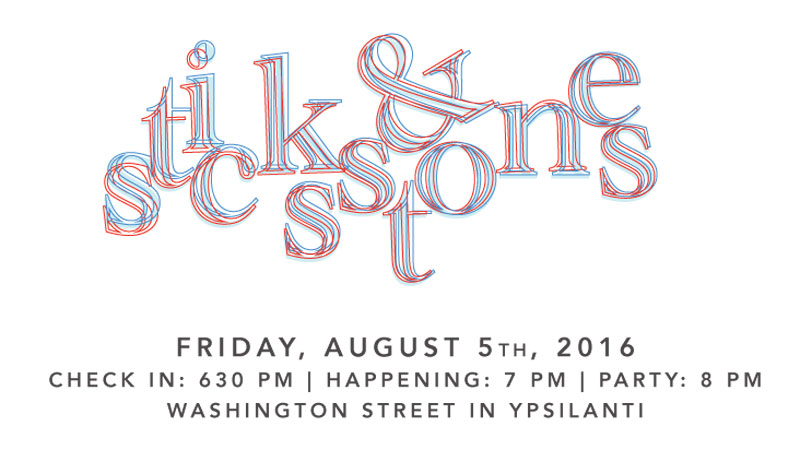 These days words and ideas, guided by the power of the internet and social media in particular, gain steam faster than ever. The hyper-speed of communication can be used for the common good; people without access to ideas and information are exposed to new worlds, important news can be shared quickly and a small social movement can make a big splash.

The flip side of all that freedom is a lack of nuance — those that shout the loudest, or have the most extreme opinions, drown out respectful conversation. And far too often, those voices are hidden behind a cloud of anonymity. It makes it easy to—for example—reduce an entire city to a stereotype.

That’s what local artists Nick and Yen Azzaro noticed when scrolling through the comments section of MLive. While living in Ann Arbor and working with students in Ypsilanti, Nick started paying attention to the comment board of MLive articles that referenced Ypsilanti specifically, and while he said many comments were aimed at fostering productive discussions, much of what he found disturbed him.

“I heard they filmed the movie Straight Out of Compton there.”

“Wonder if the orange tips/extensions on the perp’s dreadlocks are designed to match the jumpsuit. Just askin. ”

“In a way this is cyber-bullying,” said Nick. “They’re not targeting specific people by name, but it’s indirectly cyber-bullying.”

In response to what they view as an unfair portrayal of Ypsilanti, Nick and Yen have organized Sticks and Stones, a public art performance taking place Friday at 7pm, during First Friday’s. During the performance, volunteers will stand in the street wearing comments about Ypsilanti that Nick and Yen found on MLive.

“We want people to read the comments, and the people who will be holding them will be silent. It’s going on during First Friday’s, so we know people will be out,” said Nick. “So we’ll somewhat recreate a comment board.”

“This is about creating awareness, and letting people know that Ypsi is made up of a lot of wonderful people,” said Nick, before adding that, although Sticks and Stones is focused locally, “This really applies on a national level, to any major city.”

That’s because much of the message board stigma directed at citizens of Ypsilanti ties in directly to race—a subject that, when it’s discussed, far too often devolves into online shouting matches.

“A large chunk,” said Nick, when asked how many of the hurtful online comments he’s found either directly or indirectly relate to race. “It’s either social class or it’s race. One of the most common words in the comments are ‘they,’ ‘them,’ ‘those people.’ A lot of the times they’re directed at the black population. And the comments, maybe they’re not outright saying it, but it’s very simple to put it together and realize that’s what they’re saying.”

Nick has no illusions that this event will solve the problems that come with race relations, much less anonymous commentary. But he does hope that the performance will at least force people to confront the problem, and put a human face to issues that are too easy to mock while sitting behind a keyboard.

“The best thing would be to change everyone’s mind, but I know that’s not going to happen,” said Nick. “The other idea, and this is a little more hard-edge, is to remove the comments section entirely. Other publications have done it, and maybe it’s time MLive looked at that.”

Sticks and Stones will take place Friday, August 5 at 7pm on Washington St. in Ypsilanti.
Nick and Yen have coordinated with The City of Ypsilanti to block off a section of the street for the performance.
A street party, starting at 8pm, will follow. 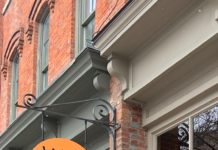