Green Book is Worth the Trip 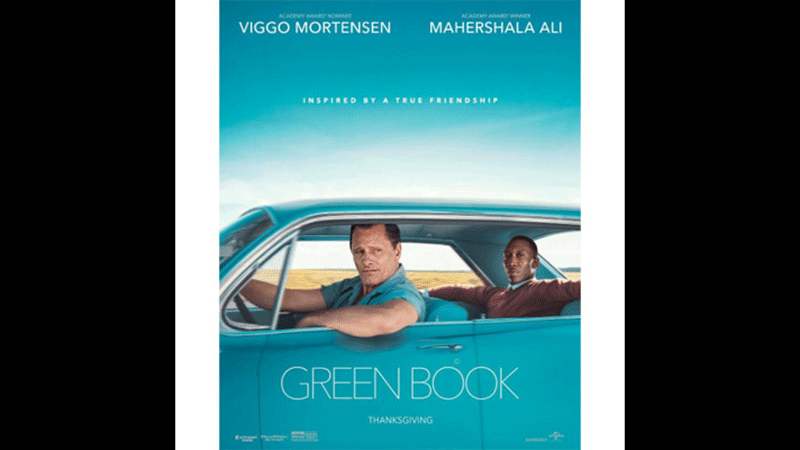 Green Book combines two crowd-pleasing formulas—the road movie and the true story—with two stellar lead actors, Viggo Mortensen and Mahershala Ali. Mortensen plays Tony Lip, a white, working class second-generation Italian-American from the Bronx who works as a nightclub bouncer. Ali plays Don Shirley, a black man who is a doctor of music and a classical pianist in need of a chauffeur for his tour dates through the segregated south in 1962. If this scenario sounds like the typical story of “two polar-opposite guys from different backgrounds thrown together in strange circumstances who learn from each other and then, eventually, realize they like each other after all,” it is. The film’s title is derived from a guide of establishments that blacks traveling in the Deep South were allowed to patronize.

Early on, Don makes it clear to Tony that he needs a bodyguard as well as a driver. Tony is a broad caricature of an Italian-American male, straight out of The Sopranos. His education comes from the neighborhood streets rather than school. He’s got a good heart, but his humor is a little crude; he says what he thinks, sans filters. In contrast, Don is hyper-educated, and his fastidious nature gives him little patience with Tony’s bull-in-a-china-shop personality. Don is also gay, a fact that is touched on in a limited way, keeping the focus on the racism and hypocrisy of a society that allows Don to play prestigious venues where his talent is celebrated, yet denies him the right to eat in nice restaurants, stay in decent hotels, or even use the bathroom in the places where he performs. Don’s cool exterior masks a profound sense of loneliness. He doesn’t feel he belongs in either white or black society. Tony’s warm, hearty nature starts to erode Don’s considerable emotional armor.

Green Book was directed by Peter Farelly of the Farelly Brothers, who made riotously crude movies like Kingpin and There’s Something About Mary in the 90s. As Tony and Don make their way through the south to finish Don’s tour, there isn’t much they encounter that we haven’t seen in Farelly’s other movies. And while some of the stereotypes portrayed here are cringe-worthy, there’s something about Green Book that is thoroughly enjoyable. Mortensen and Ali are actors of extraordinary talent, and it’s engaging to watch them disappear into their roles. Though the movie is slightly over two hours, it is never boring. Mortensen, for whom an Oscar is long overdue, is a highly intelligent actor who chooses parts carefully. The sheer talent of these two actors offsets what could have been an obvious film and makes it deserving of Oscar contention.