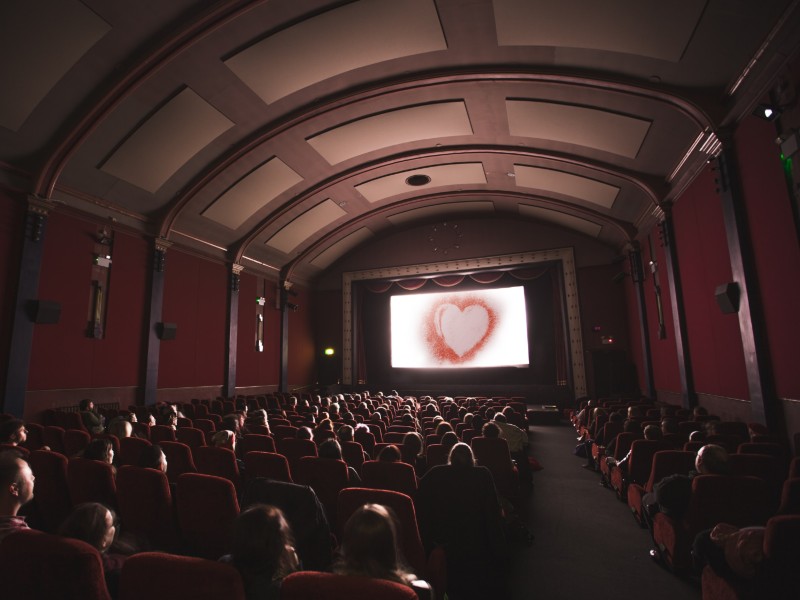 Theaters are reopening this week! Here’s what you need to know.

Valentine’s Day at the Michigan Theater

The Michigan Theater will be offering a special Valentine’s Day screening of the 1927 comedy, A Hero for a Night, with a live organ accompaniment. Why a silent movie? This particular silent movie was the first film to be shown when the Michigan Theater opened in 1928. The film was released at the end of 1927, seven months after Charles Lindbergh’s transatlantic flight from New York to Paris. Cashing in on the “Lindy craze,” the story features a cab driver who pursues a dream of flying by taking lessons from a correspondence school. The film also includes a romance with the pretty daughter of a wealthy businessman who our hero convinces to invest in his dreams of flying. A Hero for a Night is a delightful, lighthearted comedy brimming with optimism. The screening includes a special MTF Love Stories pre-show that starts at 2:30 pm, with A Hero for a Night starting at 3 pm, Sunday, February 14. Seating is limited, so get your tickets in advance here.

If you miss out on in-person theater tickets, there will be tickets for a virtual live stream starting at 2:30 on February 14 — see the above link for details!

This film is a fictional account of one incredible night where icons Muhammad Ali, Malcolm X, Sam Cooke, and Jim Brown gathering to discuss their roles in the Civil Rights Movement and cultural upheaval of the ’60s. One Night in Miami is nominated for three Golden Globes —  Regina King for Best Director, Leslie Odom, Jr. for Best Actor in a Supporting Role, and Best Original Song.

Best Motion Picture — Foreign Language nominee at the 2021 Golden Globes, Minari follows a Korean-American family that moves to a tiny Arkansas farm in search of their own American Dream. Starring Steven Yeun (Burning) — Minari plays February 12 to 14. We highly suggest you buy tickets in advance for all screenings as seating will be limited — go to the Michigan Theater’s website for details and to purchase tickets.

Cinema Detroit is also having a special fundraiser for The Association for the Study of African American Life and History (ASALH) Detroit, featuring an online screening of the newly restored classic Native Son. Buy your ticket and watch the film online anytime between February 6 and February 14. A discussion will take place at the February 14 ASALH meeting. For any questions, contact detroitasalh@gmail.com.

For more information and showtimes at Cinema Detroit, go to their website.