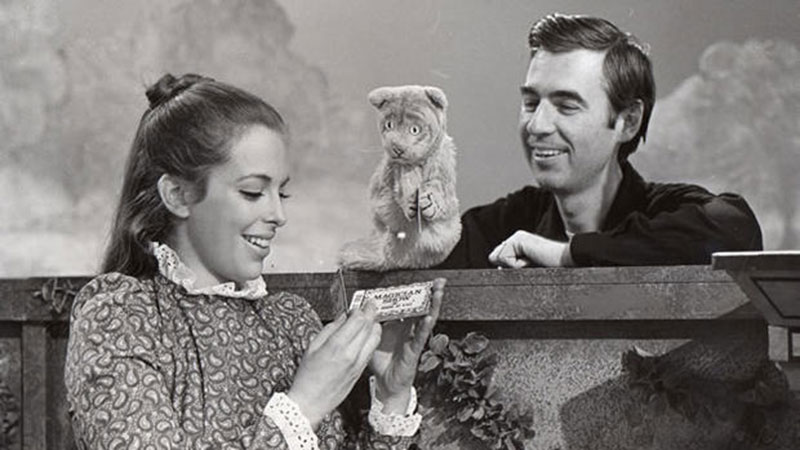 Fred Rogers and his long running PBS children’s show, Mr. Rogers’ Neighborhood, is the subject of the new documentary “Won’t You Be My Neighbor?” which started its run at The State Theater June 22. The film explores the world of Fred McFeely Rogers — an ordained minister who studied early childhood education and music composition. Although the documentary touches on some of the elements of Mr. Rogers’ own life that drew him to working with children, its goal is to encapsulate the essence of his simple, profound philosophy so we can feel its relevance in today’s world.

Mr. Rogers’ Neighborhood debuted in February of 1968. The show was radical in its slower pacing, lack of gimmicks, and fearless content. Rogers devoted episodes to subject matter most adults wouldn’t consider talking to their children about, including death, divorce, and racism. In 1969, when President Nixon sought to slash the budget for Children’s Public Television, it was Fred Rogers’ moving speech to a very skeptical Senator John Pastore that earned PBS twenty million dollars in funding.

Fred Rogers knew that television, like it or not, was going to be a big part of children’s lives. He saw other children’s TV shows as possibly having ulterior motives — “forming kids into what they wanted them to be.” He said, “To them a child is appreciated for what he or she WILL be — a great consumer.” In the medium of television, Rogers saw an opportunity to talk to children without pandering to them. His mission was to create a show that listened to children’s feelings, built self-esteem, and sent a message that every child had value. His original allotted budget was only about $60.00 per episode, but he was able to write the script, songs, and voice all of the puppets himself. Any other costs for the show came out of his pocket.

A Singular Vision of Love and Empathy

Underneath Fred Rogers sweet exterior was a true radical. Rogers’ religious view centered on “love thyself and love thy neighbor.” His shows were Zen-like in their presentation, teaching kids to stop and connect to their own feelings while he listened compassionately without judgment. He seems to be saying that in embracing each other we are embracing ourselves. This is the path to real spirituality no matter what religion you may or may not subscribe to.

“Treat Our Neighbor As Least As Well As We Treat Ourselves.” – Fred Rogers

In a time when many of our heroes have left us disillusioned, Mr. Rogers was the real deal. He made you feel that he genuinely cared about you. He did NOT promise success or glory (as some major news articles got totally wrong). He simply told you that no matter what you looked like, how much money you had or didn’t have, you are valued. In 2018, we need Mr. Rogers and his message more than ever. Who should see this movie? Absolutely everyone! And bring a few boxes of tissues — one for you and one for the neighbor sitting next to you. You’re going to need them.