Fatally Yours – A Film Noir Series 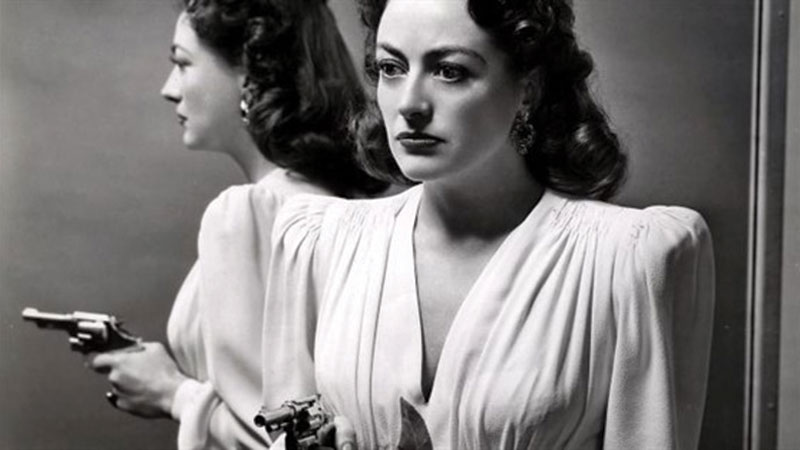 The Michigan Theater will be presenting Fatally Yours — A Film Noir Series through October 15. Opening night featured Eddie Muller, the president of the Film Noir Foundation and host of TCM’s Noir Alley, with a post-film discussion.

Film noir was a relatively short-lived genre beginning around 1940 through the mid 1950’s, but its style has left an indelible mark on American cinema. Its influence has inspired parodies, fashion, music, neo-noir (modern noir films), sunshine noir (noir in color, usually set in Los Angeles), fo–reign noir and even its own language: slang the characters use within the confines of the genre. Noir cinema came from hardboiled crime novels written by a handful of authors in the 40’s and 50’s like Dashiell Hammett, Raymond Chandler and James M. Cain.

One of the most notable contributions of film noir are its dames — women who weren’t just sexy, but smart, tough and deadly, usually for the male detective protagonist. In the 1930’s, Hollywood introduced “the code.” The code was backlash for the decadence of the films of the 1920’s. It was a laundry list of things you could no longer depict in films: sex, nudity, story lines that didn’t properly punish immoral characters and whatever the censors thought might be a bad influence on audiences. Film noir danced around those censors with clever dialogue, lighting and meaningful looks.

Opening night will feature Rita Hayworth with Orson Wells, as both star and director, in The Lady From Shanghai. Hayworth and Wells were married, but estranged when they made this film together in 1947. Mexican born Hayworth, with platinum blonde hair, has as much bombshell power in this film as she di-d playing Gilda in 1946. The film’s masterpiece ending, a shootout in a hall of mirrors, is just one of many reasons not to miss it in a theater.

Another notable film Mildred Pierce, starring Joan Crawford, balances noir and elements of melodrama; whatever it is, it’s an unforgettable film. At almost 40, when most actresses were forced into retirement, Crawford left the studio she’d been with her entire career (MGM), made Mildred Pierce and brought home not only an Oscar, but a victory for post-war women everywhere. Don’t forget to look for Eve Arden who’s a knockout as Mildred’s best friend Ida Corwin. Arden is best known for playing the principal of Rydell High in Grease.

Laura, starring Gene Tierney and Vincent Price, is another must see film. Tierney is so lovely that make-up actually dimmed her beauty. And look for Bonnie Cashin’s costume design for the title character that created fashion trends for the rest of the decade. If the theme to Laura sounds familiar, you aren’t dreaming. The theme is now known as a jazz standard whose beauty, like Laura’s, can never be marred with time.

Fatally Yours — A Film Noir Series also
includes Double Indemnity and Gun Crazy.
Get your tickets on The Michigan Theater’s website,
with films scheduled through October 15th.
michtheater.org/noir