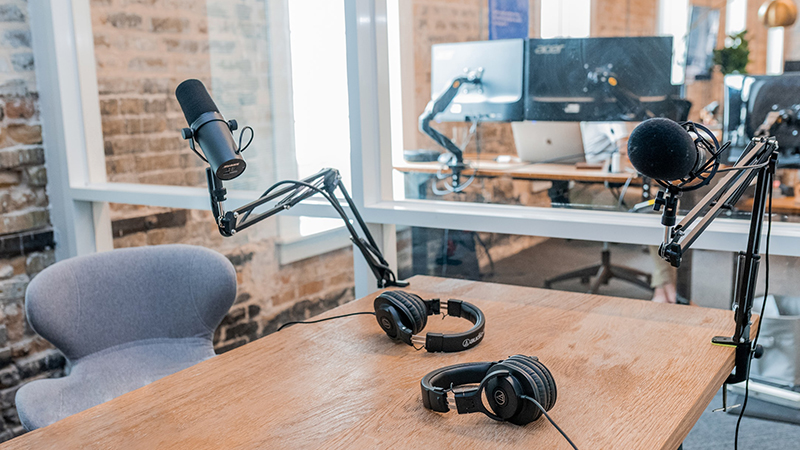 Is your love for cinema on par with D&D gamers from the 1980’s, or cosplayers at Comic-con? Does your significant other, or even your mom, fail to understand why you own hundreds of special edition Blu-rays? Are you happiest at your local art-house theater? If you have answered yes to these questions, you may be a movie geek. It’s ok; own it. If movies are your thing, here are a few podcasts you won’t want to miss.

You Must Remember This Podcast

You Must Remember This podcast was launched in 2014 by writer Karina Longworth and has quickly become one of the top podcasts about film. With its focus on Hollywood and how it has both reflected and shaped American culture, the podcast’s site describes itself as “dedicated to exploring the secret and/or forgotten histories of Hollywood’s first century.” Longworth has created very well researched episodes that are accessible, entertaining, and educational. The New York Times may have described the ‘casts appeal best when they called it “a sweet spot where hipsterdom meets Turner Classic Movies.” Seasons focus on a theme or period of Hollywood history including the Hollywood Blacklist, Charles Manson’s Hollywood and MGM Stories.

Charles Manson’s Hollywood was a season that earned the podcast critical praise and a growing fan base. The first episode of that season gives us an overview of the cultural landscape at the time Manson arrived in Hollywood, not just a who’s who and/or facts about the crime. Last year, Longworth wrote Seduction, Sex, Lies, and Stardom in Howard Hughes’s Hollywood and embarked on a book signing tour, mostly in art house theaters, where she introduced a film in tandem with the book. Late last year, she announced that the show would take an indefinite hiatus, but a recent announcement confirmed that a new season will begin this fall.

There are more podcasts that discuss film than you can probably count, but The Projection Booth, hosted by Detroit native Mike White, has endured for an impressive eight years. Since its inception in 2011, The Projection Booth Podcast has racked up an astonishing 433 episodes, not including its signature “Special Reports.” Episodes consist of White and guest hosts having a roundtable discussion on the film usually beginning with “When was the first time you saw this film, and what did you think of it?”

Guests on any given episode range from directors and actors, to writers and producers, and have included Paul Schrader, Ellen Burstyn, Brad Anderson, Keith David, and Jessica Harper. This is a podcast tailor-made for film geeks. Another big plus is the sheer diversity of films covered. They range from Beverly Hills Cop, rare Czech films, old Hollywood classics, and newly released independent films. Episodes are from one hour, on the very short side, to four-plus hours. Maybe this in itself is the secret to its popularity and longevity. Every episode is a lovingly crafted special edition.

A bonus for us in the Detroit area is that White will often highlight various film festivals in the area.

In the past decade, there has been a plethora of boutique blu-ray distributors re-releasing special editions of cult films. Arrow Video, in the UK, has emerged as one of the premier distributors in this competitive arena, and in 2017, they started their own podcast to discuss both new and previous Arrow releases. Hosted by Sam Ashurst and Dan Martin — childhood friends who clearly bonded over their mutual cinema obsession — who have grown up to become a writer/director (Ashurst) and a special effects artist (Martin). While Arrow releases are the subject of the show, it isn’t required that they love every film they discuss, which helps lend the podcast credibility. Another plus for this podcast is the chemistry they have as friends and film buffs. But by far the best part of every episode is discussions of what films they’ve seen recently and their recommendations of other films listeners may like. These hosts love films across the board, and their recommendations have become invaluable when looking for something worth watching that even the most hard-core cinephile may not have seen before.