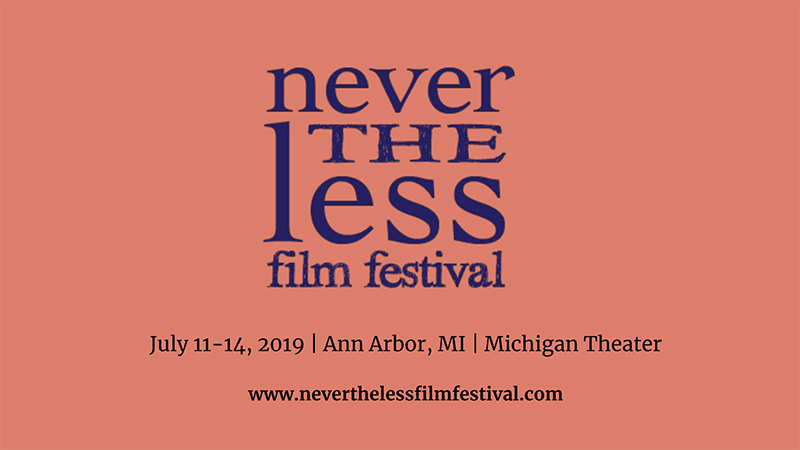 Nevertheless Film Festival opens in mid July in Ann Arbor, and Current sat down with festival founder Meredith Finch to talk about what makes this film festival unique. The festival’s name is inspired by the phrase “Nevertheless, she persisted,” spoken by Sen. Majority Leader Mitch McConnell when justifying his move to silence Sen. Elizabeth Warren during a speech criticizing attorney general nominee Jeff Sessions. The phrase has become synonymous with equality for women in the workplace, and a rallying cry for a new generation of women.

While diversity and the number of roles for actresses in films and television have started to improve over the past decade with the advent of original programs on sites like Netflix and Hulu, women’s roles behind the camera remain shockingly stagnant. We aren’t just talking about a lack of female directors, but rather, in every area of the filmmaking process. Movies have been with us for more than one hundred years, and with the exception of the early years of filmmaking, women still occupy a tiny percentage of the technical and creative roles. Films are our societal legacy. They not only entertain, they are a reflection of who we are and where we’re going. So Nevertheless requires that, in order to be considered for the festival, women make up fifty-percent of the film crew.

Meredith, can you tell us a little about your background and how the festival came about?

For the past six years I’ve been working in film festival operations. I graduated from The University of Michigan with a degree in film, and so much of the emphasis was about your career being in film production. I had more interest in studying movies than making them, but shortly after graduation I had an opportunity for a seasonal position at Sundance. It was a combination of events—I love live events and had already worked the Ann Arbor Summer Festival — and movies. And I thought, this is awesome! I completely fell in love with film festivals. After several years of traveling the country and working these film festivals, I had this realization that I am surrounded by all of these other women I worked with, and if we put all of the best aspects of those festivals together, we could make the festival of our dreams. That’s how it really got started. I am so lucky to be surrounded by so many women with a huge variety of experiences in the festival world. That really set us up for success in doing it ourselves.

Can you tell us more about the lineup of films screened at Nevertheless?

We’re going to have nine feature films: five narratives, four documentaries, and 17 short films, so 26 films total. The majority of the films do have female identifying directors. There are one, maybe two, films with male directors, but the whole purpose of the festival is to celebrate inclusive film crews, beyond just the director. We have a documentary about a music competition, a documentary about refugees, and even a quirky short film about a bingo game. We have something from every genre. What is really great is the diversity of storytelling. We had submissions from six continents. Literally people from all over the world will have films in this festival, so it’s been exciting.

What made you choose Ann Arbor for this particular film festival?

Ann Arbor was the first and only place to pop into my head. It’s such a progressive and inclusive place. Ann Arbor has the audience who I think will be really excited about this. They clearly love film. And they have the Ann Arbor Film Festival—one of the oldest festivals in North America. I am excited to be adding another to the mix.

Any special events or highlights in the festival that you can tell us about?

We have one US film premiere, another that is an international award winner, and we have a grand jury prize-winning film from Sundance.

Is there anything else that you would like people to know about the festival?

This festival is really going to have something for everyone. It’s not just a women’s festival, it just happens to be 26 movies that are really good—and have primarily women involved in their making.

All screenings are $10 and are located at the Michigan Theater. Panels are free and will be held at the festival headquarters at 105 S. State St. Nevertheless Film Festival runs July 11-14th. For more information and to buy tickets, visit www.neverthelessfilmfestival.com