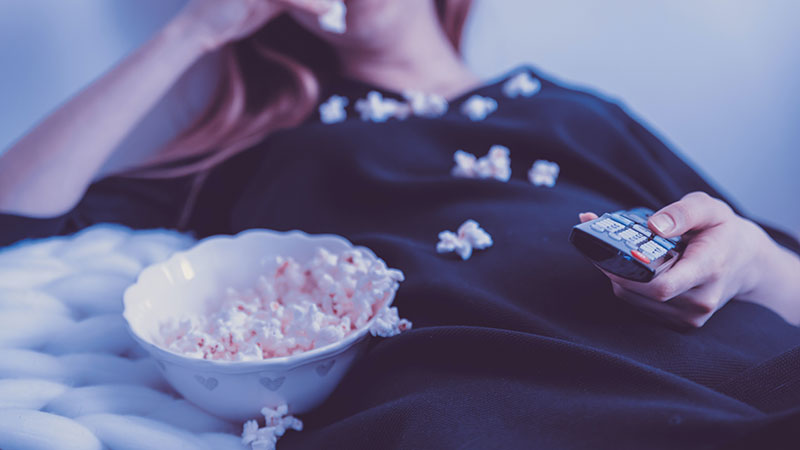 I’ve been hearing a lot about Zoom movie parties lately. People getting together on Zoom, Google Hangout, Twitch or other preferred screen-sharing services to see a movie together apart. Tubi is a free movie streaming service with very minimal commercials. In addition to supporting your local art-house theater, this is just another fun way you can share a movie together apart.

Here are some movie suggestions that include something for just about everyone:

If you loved Dolomite is My Name and want to check out another Rudy Ray Moore movie, Disco Godfather is a good place to start. It’s outrageous in a SLIGHTLY more mainstream way than his earlier fare. Moore plays a retired cop who becomes a celebrity DJ at the Blueberry Hill disco. All is well until Moore’s nephew – a promising young athlete – overdoses on a new drug that’s sweeping the streets, angel dust, and Moore exacts vigilante justice on the drug pushers. It’s outrageousness and instantly quotable lines like; “Where is Bucky and what has he had?” And “Put your weight on it!” make it Zoom party-worthy. Also starring Carol Speed and Julius Carry.

Night of the Comet

All streaming sites seem to want to push scary, depressing contagion movies on its viewers. The only feel-good end of the world movie you need to see is Night of the Comet. Regina Belmont (Catherine Mary Stewart) and her younger sister Samantha (Kelli Maroney) are possibly the only survivors in Los Angles after a comet passes over the earth. They set out to look for survivors and do a little retail therapy at the mall. These valley girls are totally smart, resourceful and for sure know how to use semi-automatic weapons. Comet zombies, crazy scientists, 80s music, and just the right amount of girl-power message make this charmer a hit in any decade.

Bruce Lee gets revenge on the guys that killed his teacher. Everything you’d expect from an old-school Kung Fu movie, like gratuitous scenes of Bruce Lee doing genius Bruce Lee moves and kicking people’s butts. Zoom movie party-worthy because a great Bruce Lee movie should be shared with friends whenever possible.

If you’ve never heard of this southern gothic gem, you’re definitely not alone. Originally titled “False Face” the plot synopsis of this movie reads, “A psychopathic plastic surgeon transforms a young accident victim into the spitting image of his daughter.” I hesitate to say much more about the plot for fear of giving away the delicious twists and turns this movie makes, particularly in its final act. Judith Chapman (as the accident victim) was a prolific soap opera actress, and that’s probably not a coincidence as this movie reads like Dynasty or The Colbys with just the right amount of sleaze as only the cinema of the 1970s could offer. See it with friends because you’re going to need to talk about it the minute the credits roll.

Shaun The Sheep – The Movie

There’s a real dearth of quality kids movies in general, and especially in streaming choices (though Netflix has better choices than usual this month). Shaun The Sheep is a criminally under-seen movie from the studio that created Wallace and Gromit and Chicken Run. Lots of kids’ movies have funny scenes but weak overall stories (The Secret Lives of Pets comes to mind). Shaun The Sheep is hilarious, genuinely moving, and so clever Buster Keaton would be proud. For kids or adults who need a feel-good pick-me-up.