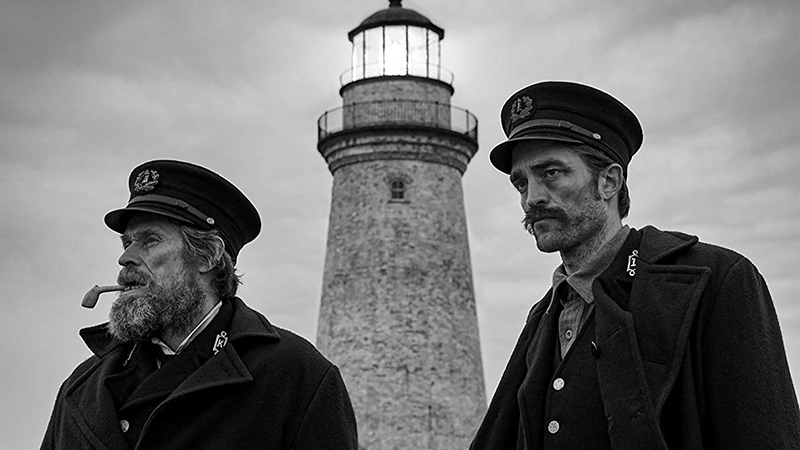 The best things we saw on the big screen

It’s that time of year— time to look back at the best of the year in cinema. But since this list is compiled at end of October, films to be released in the last two months cannot be included. So here is a list of the best so far— in absolutely no particular order.

This psychological horror tale of two lighthouse keepers on a remote and mysterious island in 1890’s New England has made nearly every “best of “ list this year. The film is featured in our October Halloween issue.

My Name is Dolemite

Written by Scott Alexander and Larry Karaszewski, the writers of three big-screen biographies (The People vs. Larry Flint, Big Eyes, and Ed Wood), My Name is Dolemite is the story of unlikely Blaxploitation star, Rudy Ray Moore. He is a stand-up comedian who became a star when he created his persona — a rhyming Kung-Fu pimp named Dolemite. For those familiar with the films of Rudy Ray Moore, the announcement of this film created cautious excitement. It isn’t easy to recreate the Blaxploitation era, and although the story is romanticized, there is wonderful attention to detail when recreating scenes from Moore’s films, right down to replications of clothing and costumes. In a scene involving Murphy as Moore being interviewed by a DJ played by Chris Rock, their love for Dolemite and these films is infectious — like two kids who can’t believe they’ve grown up to be in a Batman movie.

Dolemite is My Name has an absolute dream cast, but Da ‘Vine Joy Randolph as Lady Reed/Queen Bee gives a performance worthy of a supporting actress Oscar. Lastly, the irony that a film about a man who fought so hard to get his movie into theaters had to be made by Netflix, giving it very limited distribution in theaters because studios don’t invest in films without special effects, should be a wake-up call to those studios.

One Cut of the Dead

While shooting a low-budget zombie movie in an old warehouse, the cast and crew find themselves in the midst of an actual zombie plague with their crazy director hell-bent on filming it. The story is told in three sections with each section revealing a major part previously unseen. All the more reason to A: know as little about this film as possible, and B: keep watching until the final act. The creators took a huge chance hoping initial audiences would make it to the third act which pays off in ways you probably won’t see coming. It’s a love letter to horror fans and DIY filmmakers.

Directed by Bong Joon-ho
Winner of the Palme d’Or at this year’s Cannes Film Festival and a first time win for South Korea, the film is featured in our Halloween issue.

Directed by Jordan Peel
The film is featured online in April

Once Upon A Time In Hollywood

Directed by Quentin Tarantino, starring Leonardo DiCaprio and Brad Pitt
Brad Pitt created early Oscar buzz for his best performance in over a decade. The film is featured in our August issue.

A dazzling martial-art action film set during China’s Three Kingdom’s era (AD 220-280), it’s a tale of a military commander’s “shadow” or double (Deng Chao) who falls in love with his commander’s wife (Sun Li) while attempting to incite war with a rival kingdom against the wishes of his corrupt king (Zheng Kai). Shadow played at this year’s WhatTheFest? in New York City and continued its run for over two months.

The winner of multiple audience awards on this year’s festival circuit including Cinetopia,

Ash is the Purest White

Winner of 21 international awards including best actress and director at The Chicago International Film Festival and a Palme d’Or nominee.

Tigers Are Not Afraid

Winner of 20 awards including Screamfest, and Toronto After Dark Film Festival

A haunting fairy tale set against the backdrop of Mexico’s drug wars, Tigers Are Not Afraid is beautifully photographed, heartbreaking, and timely. An absolute must-see.

If you grew up in the 1980’s and witnessed the “Satanic Panic” that swept the country, this film will resonate with you. Hail Satan? Is about the modern Satanic Temple whose followers don’t believe in Satan but rather separation of church and state and religious pluralism. Smart, humorous, and brutally honest, Hail Satan is one of the best documentaries of the year. A must see.

This film was featured online in April.

Mile Davis: Birth of the Cool