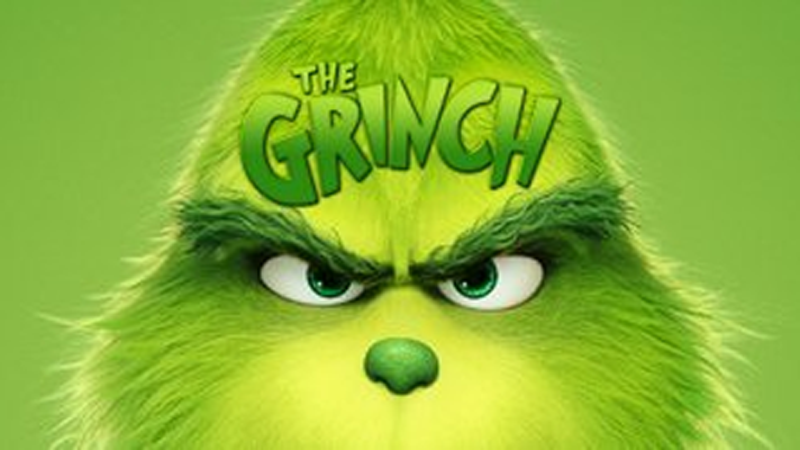 The Grinch is a 2018 update of the holiday classic How the Grinch Stole Christmas. The book by Theodor ‘Dr. Seuss’ Geisel was published in 1957, and the Christmas special directed by Chuck Jones of Looney Tunes/Bugs Bunny fame and voiced by Boris Karloff as the Grinch, first appeared on TV screens in 1966. The ‘60s version has become a staple of the Christmas season.

The Grinch is a grouchy green furry creature who lives in a cave on a mountaintop above the town of Whoville, a bastion of warm-hearted, Christmas-loving people called Whos. The Grinch is bitter and can’t stand the Whos’ perpetual optimism, especially at Christmas when every Who in Whoville decorates a huge communal Christmas tree amidst the singing of Christmas Carols. The Grinch hatches a nasty plan to end the Whos’ Christmas once and for all, and forces his small dog Max to help him.

The new adaptation was created by Illumination and Universal Studios, which features the voice of Pharrell Williams as the narrator and Benedict Cumberbatch as the villainous Grinch. Fleshing out the story into a full-length feature, the film relates a backstory, explaining why the Grinch hates Christmas.

Cindy Lou Who, the plucky kid who tries to warm the Grinch’s heart, is the daughter of a single mom who cheerfully cares for her children alone, never letting them see that she’s tired and overworked. Cindy Lou wants to trap Santa so that she can ask him for a special favor. The Grinch’s plan to end Christmas seems destined to collide with Cindy Lou’s plan for an audience with old Saint Nick. The film is at its most hilarious when the Grinch, forced to go to Whoville to get provisions, can’t resist playing nasty tricks on the unsuspecting Whos.

There’s a lot to like about this new Grinch. The film stays close enough to the original to feel authentic, while adding some fresh angles to bring it up to date. The result is a funny, warm, contemporary take on a classic Christmas tale that is sure to please even the sourest Grinch among us. It’s highly recommended Christmas fun for adults and children of all ages!