The Master of Suspense at The Michigan Theater and More 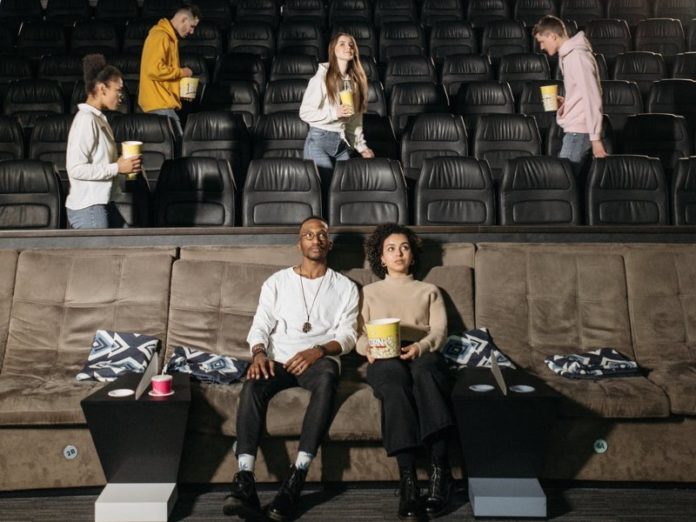 The Michigan Theater is excited to announce that it will be hosting one classic Hitchcock film every Friday at 7:30pm, starting August 20. This program will continue to take place every Friday through October 15. Here are a few upcoming films you can catch from the Master of Suspense, and a full lineup of showtimes.

Strangers On a Train, starring Farley Granger and Robert Walker.

Though this highly influential film set the tone for many thrillers yet to come, Robert Walker’s genius performance makes it an essential viewing. Walker plays psychopath Bruno Antony whose chance encounter on a train with tennis star Guy Haines (Granger) turns deadly when he attempts to blackmail Haines into complying with his theory that two strangers can get away with committing the other’s murder. Hitchcock’s daughter, Patricia, turns in a snappy supporting role as the wise-cracking sister of Haines’ fiancé, and anyone who watched Bewitched growing up will recognize Marion Lorne (Aunt Clara on Bewitched) as Bruno’s equally dizzy mother.

James plays the wheelchair-bound photographer who spies on his neighbors through his apartment window. While convalescing, he believes he’s witnessed a neighbor (Raymond Burr) murder his wife. The story is tense, Grace Kelly and her wardrobe were never more glamorous, and that famous slow-motion kiss! Thelma Ritter steals every scene she’s in as Stewart’s earthy no-nonsense nurse.

In the months following the end of World War II, Alicia Huberman (Ingrid Bergman), a German ex-patriot whose father was a spy, is asked to surveil her father’s Nazi friends in South America. Carey Grant plays the American agent who recruits and reluctantly falls in love with her. Ingrid Bergman plays Alicia with fiery strength. An incredibly modern female character for the 1940s, she’s independent and world-weary, particularly in her clear-eyed, if not jaded, view of men. Notorious also boasts the longest kissing scene in the highly censored golden era of movies. To get past the censors, the Master of Suspense had his actors break slightly from the kiss while saying dialogue and return to the kiss. It’s one of Hitchcock’s absolute best moments.

A serial killer known as the Avenger is loose in London and is murdering blonde women. A mysterious man arrives at the home of Mr. and Mrs. Bunting looking for a room to rent, and they begin to suspect he may be the Avenger. The Master of Suspense made over twenty films in his native England between 1925 and 1940. He considers this to be his first real suspense film. It’s also the first of his films to feature one of his signature cameo appearances. Hitchcock’s British films are underseen though every bit as good as the films he would make later in America. It’s a great introduction to the wonders of silent film.

The full schedule of this series is as follows:

For tickets and more information, check out The Michigan Theater’s website.

The next installment of Ethics & Aesthetics, Reclaiming Family & Origins, is happening outdoors on Friday, August 20 at 7:00 p.m. The program includes NILE: A Visual Embodiment of a Sonic Experience. This non-linear short film depicts a son’s journey to rebuild his connection to his late father, by Detroit-based filmmaker Miles Reuben.

Bring a chair or blanket and join Cinema Detroit and Detroit Narrative Agency at the Marygrove Conservancy football field. Parking is free, masks and social distancing are encouraged.