The State and Michigan Theaters are offering some great movies for Pride Month. Check out the upcoming shows either online or in person! 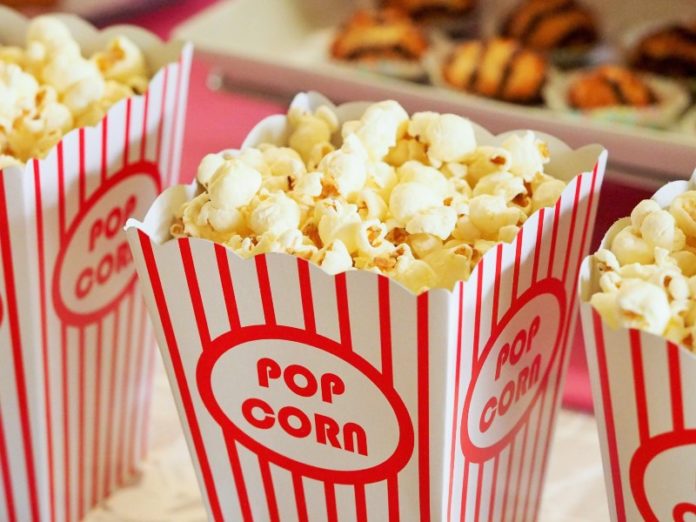 June is Pride Month, and you won’t want to miss what The Michigan and State Theaters have to offer with both virtual and in-person screenings. The theaters now also offer their concessions again, giving you the chance to enjoy a bucket of popcorn while watching some great Pride films.

Starting June 1, get three films for $30.00 for The Michigan’s virtual online theater. Films included in the package are Ahead of the Curve. The story centers on Franco Stevens, the founder of the best-selling lesbian magazine ever published. You’ll also hear from women working in today’s queer spaces. Additionally, the package will include Port Authority. Trans actress Leyna Bloom brings heart to this nocturnal indie film that features the debut of up-and-coming visual artist Danielle Lessovitz. Both films will be available on June 1.

Truman & Tennessee: An Intimate Conversation is a story told in their own words honoring how their identity as gay Southerners informed their timeless artistic achievements and relationships. You can catch the preview screening on June 15, but the official virtual opening is on June 18.

Sneak Preview in-person screenings at The State are on sale now!

Truman & Tennessee: An Intimate Conversation screens Tuesday, June 15, at 7pm. This film features the life of two of the greatest writers, Truman Capote and Tennessee Williams, as we look at their friendship from their early days to their later critiques of one another’s work.

Can You Bring It: Bill T Jones and D-Man in the Waters, screens Tuesday, June 22, at 7pm. Beginning in 1980s New York City, this film chronicles the love story between dancers Bill T. Jones and Arnie Zane, the diverse dance company they founded, and the painful devastation of AIDS on the arts community as told through the company’s signature performance piece D-Man in the Waters. This film officially opens on July 17.

There are some great free screenings for you to check out at 7pm on June 2 as well.

Brave Blue World with a Zoom Q&A will take place on June 2. This will feature a Q&A from local water experts UM Prof Glen Daigger (featured in the film), John W. Norton, Jr., Great Lakes Water Authority, and Brian Steglitz, City of Ann Arbor’s Water Treatment Services. If you miss the Q&A, you can at least catch the show which will run until June 3!

Rita Moreno: Just A Girl Who Decided To Go For It opens Friday, June 18, at The State. This is the ultimate in-depth documentary on one of Hollywood’s most beloved trail-blazing actors. From her humble beginnings in Puerto Rico to starring the stage and screen, Moreno is one of an exclusive list of performers to win a Tony, Grammy, Oscar, and Emmy. This is a movie not to be missed. The show includes interviews with Lin-Manuel Miranda, Morgan Freeman, Eva Longoria, Gloria Estefan, and Chita Rivera.