What to Watch: Holiday Movie Wrap Up 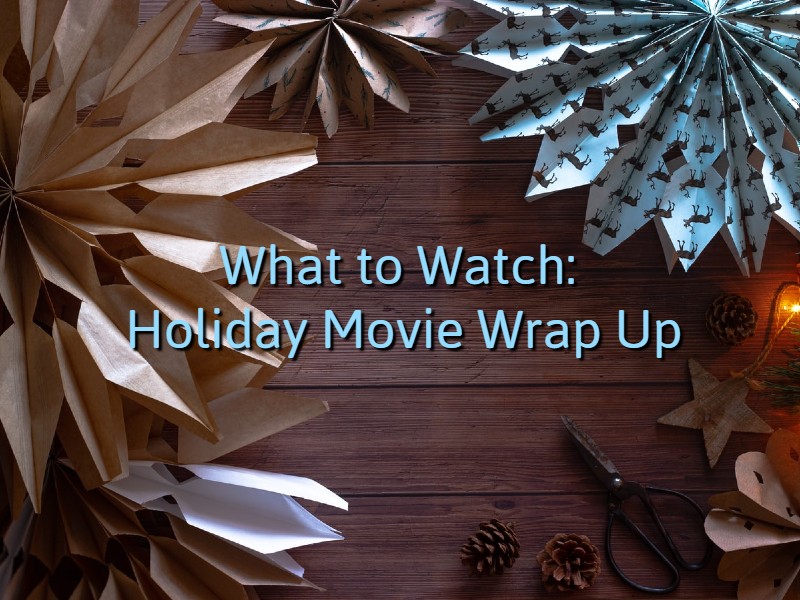 From virtual views to streaming and TV – here’s what to watch this season.

It’s that time of year to break out those classic holiday movies! While movie fans are disappointed cinemas remain closed, you can help cinemas survive into 2021 by renting a little something from your local virtual movie palace. We’ve also included some great seasonal selections that are being offered for free.

Additionally, The Michigan Theater is running a holiday pop-up store featuring limited edition merchandise and gift cards as well! They’re open until 9pm on December 18 and are open from 4 to 8pm everyday from December 19 to 23.

On Sunday, December 20 at 5pm, The Michigan Theater will also host a special edition Holiday Cocktail Cinema with a virtual watch party sing-a-long featuring White Christmas. Register for this event here on their website.

It’s the eve of Christmas in northern Finland, and an ‘archeological’ dig has just unearthed the real Santa Claus. But this particular Santa isn’t the one you want coming to town. When the local children begin mysteriously disappearing, young Pietari and his father Rauno, a reindeer hunter by trade, capture the mythological being and attempt to sell Santa to the misguided leader of the multinational corporation sponsoring the dig. Santa’s elves, however, will stop at nothing to free their fearless leader from captivity. What ensues is a wildly humorous nightmare – a fantastically bizarre polemic on modern day morality.

Presented in Finnish with English subtitles. Rent the movie here.

Crock of Gold: A Few Rounds with Shane MacGowan

A cinematic exploration of Shane MacGowan’s story, Julien Temple’s film ‘Crock of Gold,’ details Shane’s explosive existence, from his salad days, growing up in Ireland, to time spent on the mean streets of London and embracing the punk scene. From forming The Pogues to then conquering the known universe, we discover MacGowan’s passions, his humor, and deep knowledge of music, history, spirituality, and popular culture. This is Shane’s story — a vision of the world through the eyes of the great punk poet himself and an intimate cast of close friends and family members, all channeled through Temple’s inimitable and eternally vibrant lens.

TCM will be featuring a Christmas movie marathon from December 18 to 25. If you get TCM and love classic Hollywood movies, their offerings this year have gotten creative, with a little something for everyone. Looking for something more Noir/Crime themed? Check out The Silent Partner, Kiss of Death, and Lady in the Lake. Still miss Halloween and craving some holiday horror? Black Christmas is perfect. Missing the holiday drama that your family isn’t able to fulfill this year? Merry Christmas, Mr. Lawrence and Fanny and Alexander are the perfect fits for you. If you want something more international, check out Three Godfathers, We’re No Angels, It Happened on 5th Avenue, Penny Serenade, Come to the Stable, and The Man Who Came to Dinner. And there are many, many more!

The Secret of Roan Inish

This may not be a Christmas movie, but The Secret of Roan Inish is a magical movie that can be shared with the whole family. Don’t let the “family” label put you off of this underseen gem — it treats children as intelligent individuals. Featuring breathtaking cinematography by the legendary Haskell Wexler, and a heroine portrayed with fearless pluck by Jeni Courtney, The Secret of Roan Inish is as perfect as this genre gets.

Set in post-war Ireland in 1946, ten-year-old Fiona is sent to live with her grandparents in a small fishing village in Donegal. She soon learns the local legend that an ancestor of hers married a Selkie — a seal who can turn into a human. Years earlier, her baby brother was washed out to sea in a cradle shaped like a boat and someone in the family believes the boy is being raised by the seals. Fiona catches sight of a naked little boy on the abandoned Isle of Roan Inish and takes an active role in uncovering the secret of the island.

*Note – there are closed captions for those who have trouble with accents.

If you don’t have TCM, you can also see The Bishop’s Wife and Penny Serenade free on Tubi.