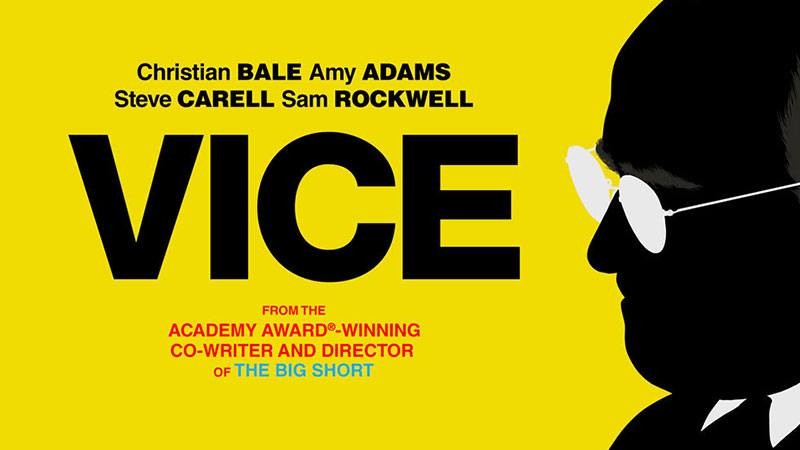 Vice is the latest film from writer/director Adam Mckay who directed the Academy Award nominated film The Big Short. McKay made a name for himself a decade ago as the director of Will Ferrell vehicles like Talladega Nights. Maybe this is why Vice is billed as a comedy. Talladega Nights and Vice have similar themes concerning the media, unchecked rabid nationalism, and protagonists who began life as damaged, picked-on men, and how they reclaimed their manhood through their success in attaining The American Dream.

Flunky gets a shot at the big leagues

Vice is the story of former Vice President Dick Cheney’s career in politics and how he became the most powerful Vice President in U.S. history. Early scenes in the film are key because they humanize Cheney (Christian Bale) who, in his Ivy League college years, parties hard, barely passes his courses, and eventually drops out of college (in 1963) to work a blue-collar job. He is directionless until his wife Lynne (Amy Adams) threatens to leave him early in their marriage if he doesn’t get his act together.

A frustrated Lynne says to her husband “I can’t go to an Ivy League school. I can’t run a company or be a mayor. That’s just the way the world is for a girl.” Clearly, Lynne intends to live her ambitions through her husband. Eventually, Cheney lands an internship at the White House under Donald Rumsfeld during the Nixon administration. 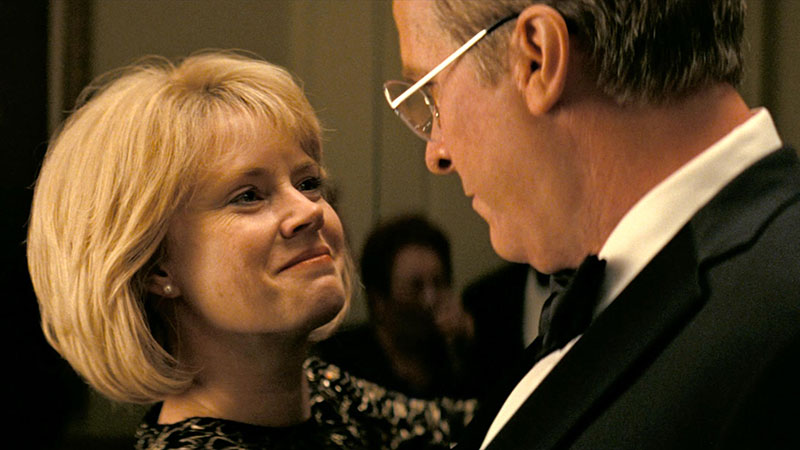 When Rumsfeld mentions they are bombing Cambodia, Cheney asks, “What do we believe in?” Rumsfeld just laughs. That question is answered in the next scene when Cheney explains fishing to his daughters. He says, “We find out what the fish wants, we use it to catch him, and then our family gets to eat.” His daughter asks if that is “good or bad.” He responds, “It isn’t good or bad, it’s fishing.” Powerful men have taught Cheney moral lessons, and he teaches those lessons to his children. The narrator ends this chapter in Cheney’s life saying that he has “found his life’s calling—to be a dedicated, humble servant to power” (not people). 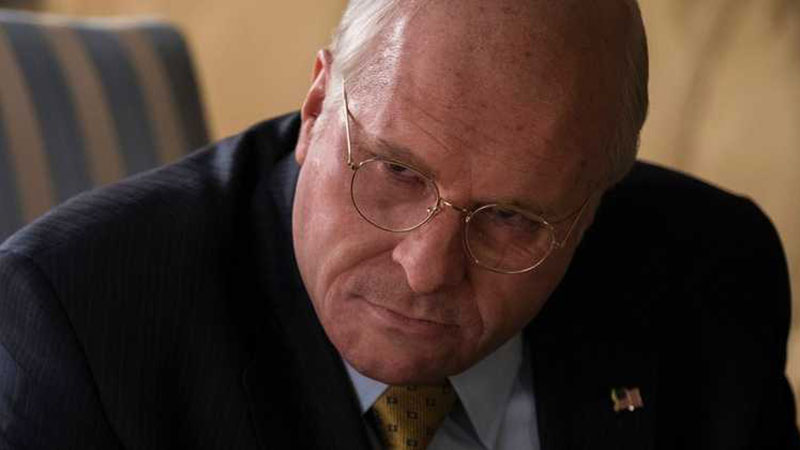 At the midpoint of the film, Cheney has had a successful career and there is a faux ending suggesting a fork in the road where this power couple could have chosen to retire with an abundance of wealth. They could have, but when George W. Bush (Sam Rockwell) calls asking Cheney to be his running mate, the opportunity to be the most powerful vice president in history is too seductive to pass up.

Cheney knows George W. because, as those early scenes show us, he was just like him when he was young, and he knows how to manipulate him. This is a film about the addictive nature of power. Exceptionally well acted and directed, it is designed to make us think, fact check, and ask ourselves, “What do I believe?”