A Wicked Good Time at The Michigan & State 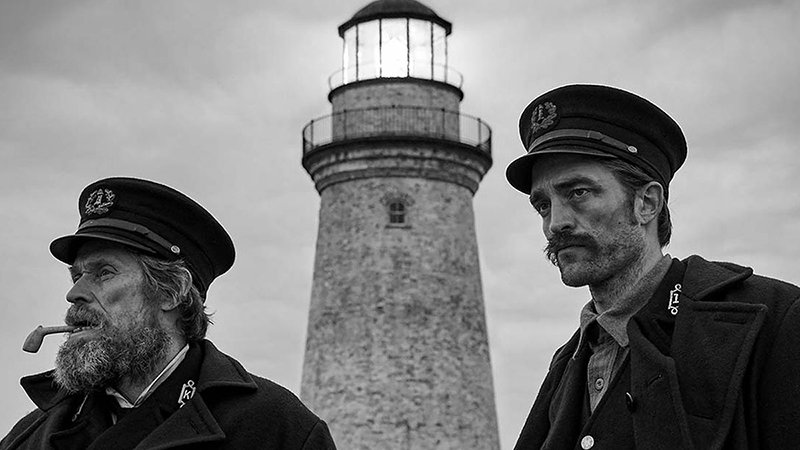 Halloween season is upon us, and the Michigan and State Theaters are offering up treats with hardly a trick in sight. Those who revel in all things Halloween should start marking calendar dates because there’s a lot to scream about all month long— after all, Halloween comes but once a year, at least officially.

The State features a late-night horror classics series with films screening Friday and Saturday nights at 10 p.m., including George Romero’s Night of The Living Dead (1968), the original Halloween (1978) directed by John Carpenter, The Evil Dead 2 (1987) directed by Michigan’s own Sam Rami, and The Blair Witch Project (1999). Despite being made decades ago, these seminal horror films remain hugely influential today.

Dust off your Frank-N-Furter costumes and get ready to Time Warp— again! The Rocky Horror Picture Show returns to the Michigan Theatre on October 19th at 10 p.m. This is a costume event— that’s cosplay for you millennials— with a shadow cast performing live. So leave your inhibitions at the door and get your tickets early. This event sells out.

On October 27th at 7:30 p.m., the Michigan will continue its yearly tradition with F.W. Murnau’s 1922 silent classic, Nosferatu, in the main theater, with a live score by organist Andrew Rogers. Nosferatu, the first film adaptation of Bram Stoker’s Dracula, now nearly one hundred years after it was made, is one of the most chilling and effective representation ever committed to celluloid.

Director Robert Eggers’ new film, The Lighthouse, starring Willem Dafoe and Robert Pattinson, is set to open in mid-October. A story of two lighthouse keepers on a remote and mysterious island in 1890’s New England, The Lighthouse was shot in black and white 35mm Double-X 5222 film stock on an augmented Panavision camera in 1.19:1 aspect ratio. The aspect ratio is meant to replicate the look and feel of pre-1930’s cinema, i.e., a square as opposed to the wider rectangle format modern audiences are used to, giving the film a boxed-in, claustrophobic aura. Heralded as “an instant classic,” those who loved Eggers’ style in 2015’s The Witch won’t want to miss this one.

Bong Joon-ho became the first Korean director to win the Palm d’Or at this year’s Cannes Film Festival with his film, Parasite. The Korean master fuses home-invasion thriller with a scathing critique on social inequality. Those who have been lucky enough to see this film before its October release date have said the less given away about the film beforehand the better. Joon-ho’s Memories of Murder (2003), The Host (2006), Mother (2009), and Snowpiercer (2013), have already established him as one of the greatest directors working today. Parasite and The Lighthouse will open in October at the Michigan or the State; as of this writing information on specific dates is not yet available.

Horror fans looking to see something new this Halloween should check out the first annual halaloween: A Muslim Horror Film Fest. This series, presented by the University of Michigan Global Islamic Studies Center at the Michigan Theater, will be running every Tuesday night in October from 9 p.m. to midnight., explores horror films made by and for Muslims. Screenings are free and seating and tickets will be first come first served. Films presented are: 10/1, A Girl Walks Home Alone At Night; 10/8, Ritual; 10/15, Siccin 4; 10/22, Dachra; 10/29, Under The Shadow.

For those who consider Halloween “the most wonderful time of the year,” The Michigan and State Theaters offer opportunities to enjoy the season. Happy Haunting!