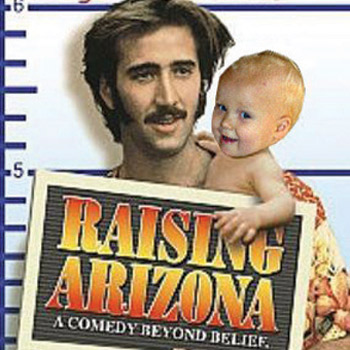 Nicolas Cage’s acting skills have long been the subject of debate; some refer to him as the greatest thespian of all time while others point to Con Air and grimace. But on Saturday, September 21, the State Theater will host a 'Cage Match', a battle between two classic Nicolas Cage films where attendees will choose between seeing one movie or the other. The first film is Face/Off, John Woo’s 1997 action-thriller starring Cage as a criminal genius who swaps appearances with his rival, an FBI agent played by John Travolta. The second is the Coen Brothers’ 1987 comedy Raising Arizona, which stars Cage and Holly Hunter as a bumbling couple who steal a baby after a plague of infertility. Both films start at midnight. Choose wisely. 12am. $7. The State Theater, 233 S State St. 734-761-8667. www.michtheater.org/state—GMK