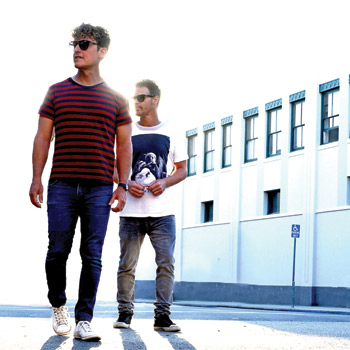 Los Angeles based 'power-duo' El Ten Eleven derived their name from an airplane, the Lockheed L-1011 TriStar. And much like an airplane, their music is as atmospheric as it is complex. On Saturday, September 7, they will bring their eccentric post-rock style to the Blind Pig for a wild set with electronic mastermind Eliot Lipp opening the night. El Ten Eleven, comprised of guitar-bass double neck player Kristian Dunn and drummer Tim Fogarty, formed in 2002 and has since toured extensively across the United States, releasing five full-length albums along the way. They create their unique post-rock sound by blending a copious amount of effects and looping pedals during their raucous live performances. It’s a feat that this band can pull off the live electronic manipulation in concert, but they do. 9pm. $12 advance / $14 door. The Blind Pig, 208 S. 1st St. 734-996-8555. blindpigmusic.com—GMK