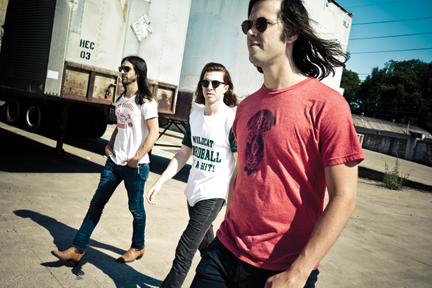 Formed in 2002, The Whigs, a garage rock power trio in the vein of The Black Keys and Kings of Leon, never stray far from their rock and roll prototype, though many of their songs do feature a horn section and pseudo-soul vocals. Their live performances as a trio boast a massive sound that is greater than the sum of its parts. Expect amps cranked to 11 and lots of distorted guitar—earplugs not included.