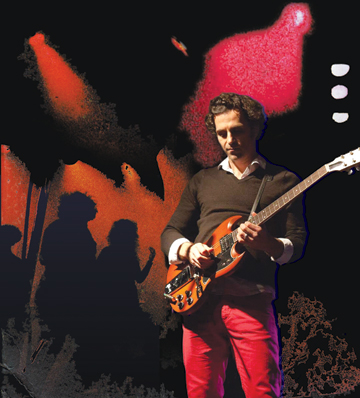 Frank Zappa was an undeniably talented yet wildly eccentric musician—most rockers would shrink from writing a song like “Yellow Snow.” He was, in kind, prolific: before his death in 1993, Zappa managed to release over 60 full-length albums both as a solo artist, as well as with his band, The Mothers of Invention. Zappa’s oldest son, Dweezil, an accomplished musician himself, has dedicated his career to keeping his father’s music alive. On Wednesday, February 19, Dweezil will bring his band of fusion-minded progressive rock musicians to the Michigan Theater for a night of tribute and reinvention of classic Frank Zappa songs. For a fee, guitar players can also attend the Dweezil Zappa Guitar Masterclass —players must bring their own guitars and arrive at 2:30pm.