– Guy Hollerin's, the restaurant and music venue located inside the Holiday Inn at 3600 Plymouth Rd., has been renamed Guy Hollerin's Ann Arbor Bar & Grill and has a newly expanded menu. The restaurant has a renovated interior, providing  a sleek, modern look. 734-769-4323. hiannarbor.com 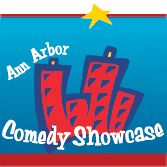 Florida-based chain restaurant BurgerFi is now open at the corner of S. Forest and S. University. The restaurant offers all-natural hamburgers made with grass-fed beef, Wagyu beef hot dogs, and even a quinoa veggie burger. The South University location is also one of the first BurgerFi restaurants to have a full bar. burgerfi.com 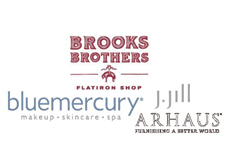 -Remodeling is nearly complete at the former Caribou Coffee at the corner of Stadium and Packard Road, but that hasn’t stopped future tenant Peet’s Coffee and Tea from setting up a food cart outside the building. The catch—all the coffee they are handing out is free! Small, medium and large drip coffees as well as small espressos, teas and other specialty drinks are available for free until Sunday, November 17, one day before the permanent location is set to open. peets.com

Local tanning salon owners Carl and Patti Chase are changing their chain of local tanning salons from ‘Tanfastic’ to ‘Sun Tan City’ as part of a new franchise agreement. On Tuesday, October 22, the store will shift its appearance, promotions and tanning packages.
annarbortans.com. 734-677-2800.