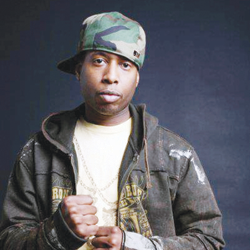 In the hip hop game, success among music critics does not always equal success in the commercial realm. Talib Kweli, despite his immense talent, remains a fairly underground rapper with a commitment to intelligent rhymes that focus on topics ranging from empowerment to enlightenment. Best known for his work in seminal 90s hip-hop supergroup Blackstar with fellow, socially conscious, MC Mos Def and Cincinnati, Ohio born beat master DJ Hi-Tek, Kweli has remained prolific throughout his career, releasing dozens of albums and mixtapes as well as collaborating with some of the biggest names in the game. If that wasn’t enough to convince you, Talib also tours with a highly talented backing band that intertwines everything from Beatles covers to extended funk and soul jams into their energetic live performances.