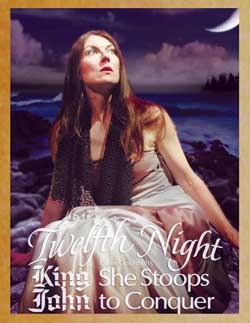 The Michigan Shakespeare Festival is right around the corner, taking place from July 18 – August 18 at the beautiful Michael Baughman Theatre at Jackson Community College. Festival attendees will be transported to a strange, miraculous foreign land ­— a canal in Venice, a throne room in Egypt or a blasted heath in Scotland, where they will live the magic of Shakespeare as it unfolds on stage. This year's performances include the comedy Twelfth Night, the historical drama King John and the romantic comedy She Stoops to Conquer. $15 – $100. Michael Baughman Theatre in The Potter Center, Jackson Community College, 2111 Emmons Rd, Jackson, MI. Tickets are $10-$39 per show, season passes available from $85-105, call 517-796-8600.