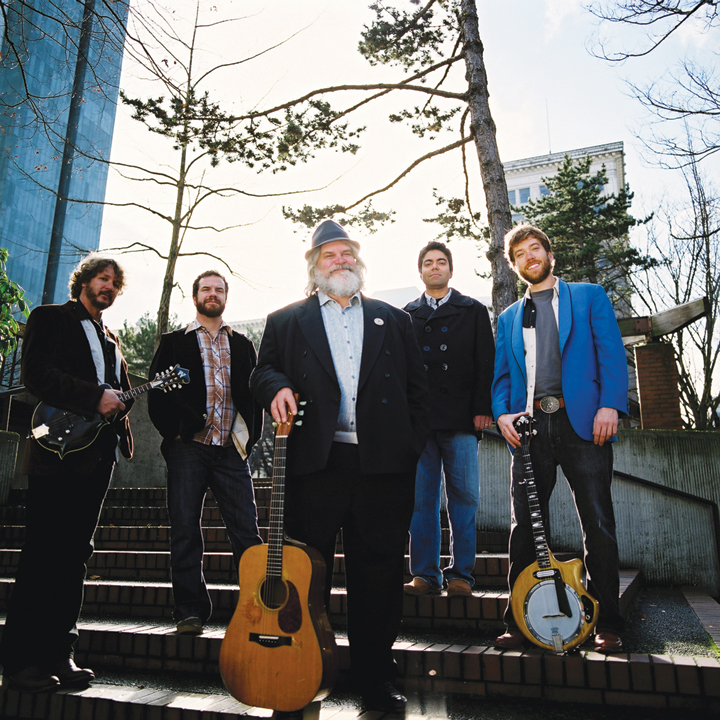 Leftover Salmon’s success story is about as grassroots as it gets—since they formed in 1989, the band has managed to record seven albums, tour premier venues across America, and cultivate a devoted fan-base without the help of a major record label or radio-play. Their genre-hopping sound has been described as ‘poly-ethnic Cajun slamgrass’, but even that description doesn’t do the music justice. We talked to the band’s banjo player Andy Thorn about the Telluride Bluegrass Festival, jamming with Steve Martin, and Mumford and Son’s effect on popular music.

What’s  your musical highlight of the year ?

Telluride Bluegrass Festival was pretty great. Jackson Browne sat in with us, and that was really freakin' cool. We played a couple of his tunes—he sang Under the Falling Sky with us. Leftover Salmon also got to headline the festival on Saturday, so that weekend was a total blast.

The word is, Telluride is the best venue for a festival in the country.

Yea it really is. It's just so much fun—you play your one night, but then the rest of the weekend you sit in with friends and there is stuff going on non-stop.

Any side-projects you’re currently working on?

There is one project I should mention. I'm recording on an album in December with a group called Songs From The Road Band. It was organized by the bass player from the Steep Canyon Rangers, who are Steve Martin's backup band. He is an old buddy of mine from North Carolina, and we made a few albums a couple years ago. So I'm excited to get back together and create another one this winter.

Steve Martin has been a pretty major player in the modern bluegrass revival. Martin is obviously better known for his acting, but what do you think about him being a leading figure in bluegrass?

I think he does a great job. He is actually a much better player than you might think—he doesn't just skate by on his celebrity status. He is a great banjo player and writes some really cool songs. Its pretty amazing that my old friends became his backup band. I got to sit in with the Steep Canyon Rangers at Telluride and Steve Martin was standing side-stage checking it out. That was a memorable moment.

Leftover Salmon is releasing new singles this year in conjunction with Breckenridge Brewery in Colorado. In every 12-pack seasonal sampler from Breckenridge, there is a download code for a new single. How did this idea come about?

Our manager is based in Denver and is friends with some of the Breckenridge Beer guys just from hanging around town. They started talking and it seemed like a good idea for both of us. In the end, it’s just a great excuse to get [Leftover Salmon] to do some studio work [laughs]. We play a lot of shows, but we don't go into the studio that often if we don't have a reason. This project really motivated us—we ended up with 10 new songs.

Bluegrass is kind of being pushed to the forefront of popular music with bands like Mumford and Sons’ extreme success. They certainly aren't traditional bluegrass, but they play acoustic instruments and write songs through a sort of “bluegrass lens.” What do you think about bluegrass music becoming an influence on mainstream pop music?

I think it's great. It was only a matter of time really. Bluegrass instruments have always been in and out of popular music. The whole “Brother Where Art Thou” thing kind of restarted that popularity, and that was probably ten years ago. People who didn't know about or listen to bluegrass growing up are now incorporating that style into their music. It's cool to see what they are coming up with, and its cool that it’s appealing to the masses. Mumford and Sons are one of the most popular bands in the world, and they play mainly acoustic instruments. I think it is great.