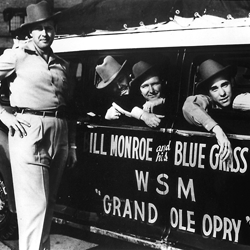 The history of twentieth century popular music in America is as diverse as it is unpredictable — the striking artistic differences between genres as created and subsequent evolutions has shaped the musical landscape of today. With that concept in mind, the Ann Arbor District Library presents America’s Music: A Film History of Our Popular Music from Blues to Bluegrass to Broadway, an eight week series featuring documentary film screenings and discussions led by University of Michigan Professor of Musicology and Director of Research Mark Clague. Throughout the series, concerts performed by some of Ann Arbor’s most talented musicians will be presented at both the Library and at the Kerrytown Concert House. With genre topics ranging from rock music to bluegrass to swing and latin jazz,  America’s Music series offers an interesting perspective on musical history for fans of all genres. Wednesdays through April 24. 6:30pm. Free. Downtown Library, 343 S. Fifth St. 734-327-4200. Visit www.aadl.org for information about specific documentaries. —GMK