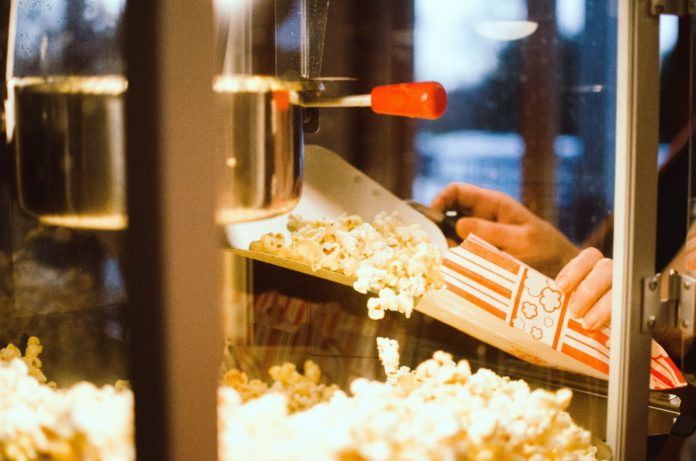 Now that summer has officially ended, it’s the end of September and we’re into the Fall season of new movie releases.

The State and Michigan Theater offers advance screenings of three must see movies.

The film centers on a 1950’s housewife Alice (Florence Pugh, “Midsommar“) and her husband Jack (played by superstar musician Harry Styles) as they move into a utopian, experimental community for men who work for the top-secret Victory project lead by Jack’s boss, a visionary corporate man by Chris Pine.

It’s not a spoiler to say all is not as perfect as the town’s shiny veneer would have you believe.

Early reviews are mixed, mostly citing the big reveal ending as “you’ll either love it or you won’t,” but the positives are Wilde’s solid directing, the film’s stylish, sexy cast, and good performances including Styles in his film debut. “Don’t Worry Darling” opens Thursday, September 22, at the State Theater.

A Hotdocs 2021 official selection, “Bloom Up: A Swinger Couple Story“, is an Italian documentary about a middle-aged couple who are pet shop owners by day and swingers by night.

The film follows a couple from Turin who spend all their free time organizing swinger parties in their community.

The couple gives the filmmakers an intimate look, not just into their sex life, but their emotional relationship. Both partners state they participated in the documentary to destigmatize their sexual lifestyle and show they are just like everyone else.

Despite the freedom of exploration and liberation swinging is supposed to bring, one critic said he was “struck by the labyrinthine logistics involved in arranging their encounters.” Expect a lot of nudity both physically and emotionally in this beautifully shot documentary (the director is also a cinematographer).

The film opens Thursday, September 22, at The Michigan.

From visionary filmmaker Brett Morgan (“The Kid Stays in The Picture”), comes “Moonage Daydream“, a film that promises to be not only a definitive documentary on David Bowie, but the rock and roll film of the decade.

It’s a cinematic odyssey exploring Bowie’s 54-year career in music and film and his creative, spiritual journey throughout those decades. An official selection at this year’s Cannes Film Festival, it includes 40 exclusively remastered Bowie songs and never- before-seen footage sanctioned by the Bowie estate.

Blonde is a reimagining of the life of screen goddess, Marilyn Monroe. Based on the best-selling book by Joyce Carol Oates, Blonde blurs the line between fact and fiction to explore the widening split between her public and private selves.

Reviews may be mixed but consensus is that Ana de Armas in the title role makes it worthwhile. Blonde opens Friday, September 23, at the Michigan.