Together Pangea at the Blind Pig 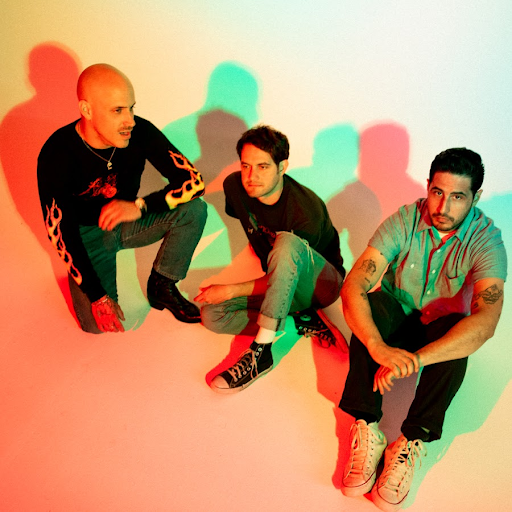 Together Pangea is an alternative garage rock band from Santa Clarita, California. The band consists of guitarist and vocalist William Keegan, bassist Danny Bengston and Drummer Erik Jiminez. They have been performing together since 2009 and are currently touring for the first time in three years.

The band’s newest album, DYE, is an upbeat collection of garage-rock hits and they’ll be performing a setlist featuring songs from both DYE and their last three records: Bulls and Roosters, Badillac and Living Dummy.

“We had a lot of time to do nothing but play music,” says Bengston. “This record has a lot to do with that thought process of how to continue, whether to throw in the towel on being an artist to find a job and a normal life, or to keep crossing our fingers that the next tour or the next single is gonna be the one to do it for us.”

The band produced the album in the height on COVID-19 and used their struggles to fuel their songwriting and live performance skills. “This year made us remember how much we love playing music together, and what a privilege it is to be able to do that,” added Keegan.

Tickets for the “How to DYE” tour are available here. General admission is $18 and all ages are welcome to attend the show. Doors open at 7:00pm.

Together Pangea will also be touring with Jimmy Eat World on a Europe/ UK tour in Summer 2022.