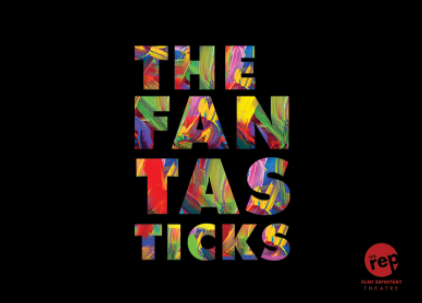 This June, the theatre has reimagined The Fantasticks with an LGBTQIA+ take on the world’s longest-running musical.

The Fantasticks, the world’s longest-running musical, is being produced by Flint Repertory Theatre this summer, June 3 – 19.

But there is an unusual plot twist in the Rep’s production that will make theatre history: A fresh new rewrite with an LGBTQIA+ focus by the show’s original book writer and lyricist, Tom Jones, in collaboration with the Rep’s Producing Artistic Director Michael Lluberes.

This new version of The Fantasticks features two young gay men as the main characters instead of a young woman and man. The Fantasticks premiered off-Broadway in 1960. It tells an allegorical story loosely based on the 1894 play The Romancers (Les Romanesques) by Edmond Rostand, concerning two neighboring parents who trick their children into falling in love by pretending to feud.

“Transforming the boy and the girl into two boys (Matt and Lewis) is an idea I’ve had for a long time,” shared Lluberes. “Rethinking the show through the lens of two young gay men reveals so much about first love, identity and self-discovery.”

Lluberes approached Jones with the idea. Jones loved it and wanted to do the rewrite himself.

“I knew that, to be done properly, it would require a lot of rewriting, especially of lyrics. The more I thought about it, the more interesting it seemed,” explained Jones.

“And then when I started looking at it I thought, ‘You know this really does work.’ I mean, for goodness sakes, being young is being young whether you’re gay or straight. Being in love is the same. Being overly romantic can be the same. And being hurt doesn’t matter whether you’re gay or straight. If you’re over-romantic and disillusioned, and you grow up a little bit, that’s the same. And that’s what The Fantasticks is all about. I had great fun doing it. I hope people have great fun viewing it.”

“The collaboration has been so exciting,” said Lluberes. “Tom is a theatre legend, and his openness at 94 years old to reinvent this classic show from 1960 in such a fresh way is so inspiring.”

The show’s original off-Broadway production ran a total of 42 years, making it the world’s longest-running musical. It was given a special Tony award in 1991. The show was revived off-Broadway from 2006 to 2017 and has been produced throughout the US and in at least 67 foreign countries.