Wavves Set To Play In Kalamazoo 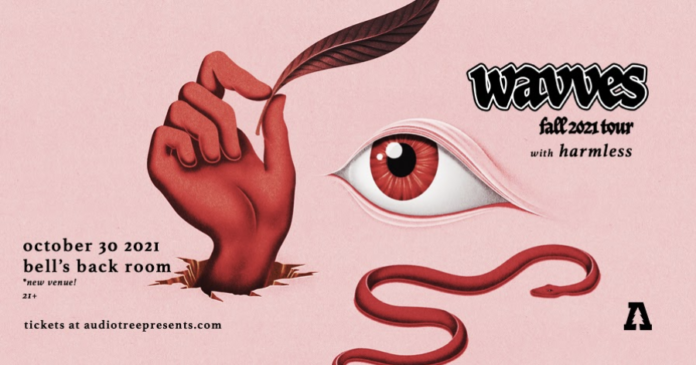 Wavves is an American pop/rock band based in San Diego, California, widely renowned for their raucous live shows. New York based online magazine the Consequence of Sound named Wavves one of the 100 Best Pop Punk Bands of all time in a live setting. The band became well known over a decade ago, after the release of their 2010 album King of The Beach.

This July, the band marked their return to the independent indie label Fat Possum with the release of their new album Hideaway, which is to be celebrated with an expansive North American Tour. This is a 38-date tour that will begin in Las Vegas, Nevada, and conclude in the band’s hometown of San Diego, California, with stops in places such as Dallas, Brooklyn, and now, Kalamazoo!

This event is presented by the musical platform Audiotree Presents, which strives to make all spaces in which they host events safe for people of all walks of life. With that being said, they welcome everyone of age that can abide by these safety rules:

Leave any negativity at the door and escape the realities of everyday life by enjoying your night with like-minded individuals!