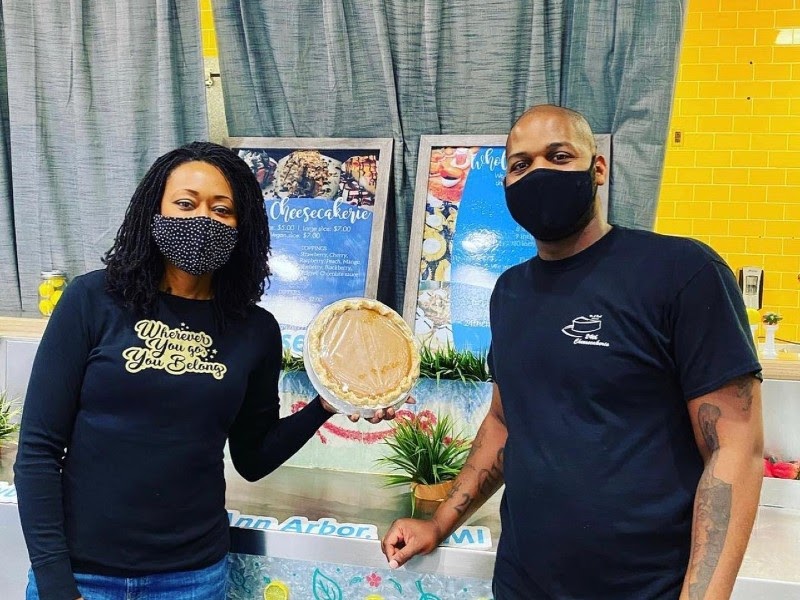 Ann Arbor’s 24th Cheesecakerie is known countywide for their delicious pastries and desserts. For the month of February, they’re branching out a bit and providing a new delicious item to try: beer.

Sean Brezzel, co-owner of 24th Cheesecakerie, has collaborated with Five Shores Brewing and beer blogger Siren of Stout to create a delicious pastry stout as part of its “Support Black Businesses Series”. This beer is the first in the series, and coincides with Black History Month.

The beer recipe was developed by Siren of Stout’s Barb Baker and Five Shores brewmaster, Oliver Roberts, to feature 24th Cheesecakerie’s sweet potato pies. Baker and Roberts ended up purchasing 20 pies to go into the mash.

To help promote the 24th Cheesecakerie’s brand, their logo will appear on every can of the special beers. This will include a QR code which details the series’ mission and charity proceeds for each sale.This limited beer will be released on February 26. Purchases for it can either be done on the Five Shores Brewing website which offers pickup options in Royal Oak, or at Cultivate in Ypsilanti.