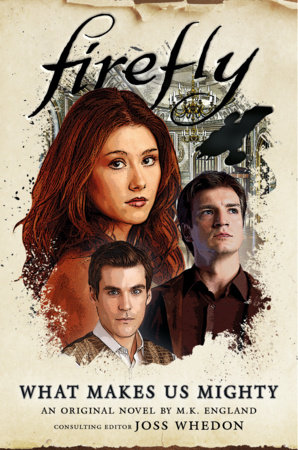 Ready or not, like it or not, summer is over. Fall means the changing of the leaves, the return to school, football games, bonfires, and cider mills. Be sure to make time to read some good books too.

After a string of some successful standalone thrillers, Abbott returns to his series protagonist Sam Capra of the clandestine government agency called Section K. In the sixth Capra novel – and the first since 2016 – Sam, who owns several bars all over the nation as a front for his spy activities, is raising his teenage son Daniel as a single dad in Austin, TX.

However, he returns to the fray when Markus Bolt, who sold out America to Russia, has vanished from Moscow for reasons unknown and is rumored to be in Miami. The Americans need to find him before the Russians do.

Enter Sam. As Sam goes after Bolt, Daniel receives secret texts about his mother’s death, bringing him one step closer to learning about what his dad does for a living – what he really does. Sam Capra is definitely back with a vengeance in this unputdownable roller coaster ride!

“The Night Shift” and “Every Last Fear” by Alex Finlay Finlay delivers two high-octane thrillers that you’ll burn through pretty quickly, then you’ll be mad that it’s over.

In “Every Last Fear”, college student Matt Pine’s parents and two younger siblings are murdered while vacationing in Mexico, something the local police declare an accident, but the FBI disagrees. Matt makes arrangements for his family to be buried in his hometown. The murders make the news, something the Pines are no strangers to. His older brother Danny, whom many believe is innocent (except Matt), is serving a life sentence for murdering his girlfriend Charlotte five years ago, which became the subject of a true crime documentary that vilified the townspeople. Matt later learns Charlotte’s murder may be connected to his family’s.

“The Night Shift” opens on New Year’s Eve 1999, the dawn of the new century. Y2K was predicted to bring chaos with world markets collapsing and computers malfunctioning. While that didn’t happen, it brought another form of chaos at a Blockbuster Video in Linden, NJ, where four teenage girls were attacked during the night shift with only one survivor.

Cut ahead 15 years, four teenage girls working the late shift at an ice cream shop are attacked with only one survivor. The man suspected in the Blockbuster massacre, who’s been off the grid for years, is suspected in this one too.

Finlay really excels himself with these two page-turners. This novel – Mann’s first – serves as both prequel and sequel to “Heat.” The story opens a day after the final gunfight in Heat, where McCauley’s right hand man Chris Shiherlis (Kilmer’s character) is holed up in Koreatown, wounded, and trying to get out of L.A. with Hanna relentlessly pursuing him.

The book goes into detail of how McCauley’s crew got together in 1988 and the intended repercussions of the crew’s scores in 2000. It also takes a deeper dive in the characters’ motivations in what has become an instant bestseller.

“Wise Gals: The Spies Who Built the CIA and Changed the Future of Espionage” by Nathalia Holt

Known for her meticulous research, Holt writes a riveting history about the role four women – Adelaide Hawkins, Mary Hutchison, Eloise Page, and Elizabeth Sudmeier, called the “wise gals” – played in the formation of the CIA.

Holt delves into their accomplishments in a traditionally “male, pale, and Yale” organization, referencing first hand interviews with CIA officials, past and present, and declassified documents to make the wise gals’ achievements known and deserving of recognition and respect.

“Firefly: What Makes Us Mighty” by M.K. England Celebrating 20 years, “Firefly” lives on in novels and comics. The crew of the starship Serenity, led by Capt. Malcolm Reynolds (Nathan Fillion’s character), does a job for a high-ranking nobleman, only to find themselves in the middle of a revolution.

The crew is torn apart, taking opposite sides, which test friendships and loyalties in the seventh original novel that reminds us why this TV show is so universally loved and missed.

Popular high school student Emily Vaughn was murdered on prom night in 1982, which devastated her close-knit community. Her murder has gone unsolved for 40 years. U.S. Marshal Andrea Oliver (from Slaughter’s Pieces of Her) is determined to find Emily’s killer, provided he doesn’t find her first.

Riveting and visceral, this thriller will remain with you long after you finish it.

The late, lamented Agatha Christie’s Miss Marple, one of detective fiction’s most recognizable sleuths, is introduced to a whole new generation by some of today’s popular female mystery-thriller authors, including Elly Griffiths, Natalie Haynes, Ruth Ware, among others. This publication is in celebration of her 95th anniversary. In 12 different stories, Jane Marple solves crimes in the Big Apple, the Italian Riviera, and far beyond. It’s fun to see these authors do their take on Marple and remain true to the core of the character Christie created nearly 100 years ago.

These titles can be purchased locally at Ann Arbor Bookstores Nicola’s Books, Booksweet,  Barnes & Noble in Ann Arbor, or Literati.