Kick off the Season with Free Holiday Classics at the Michigan Theater! 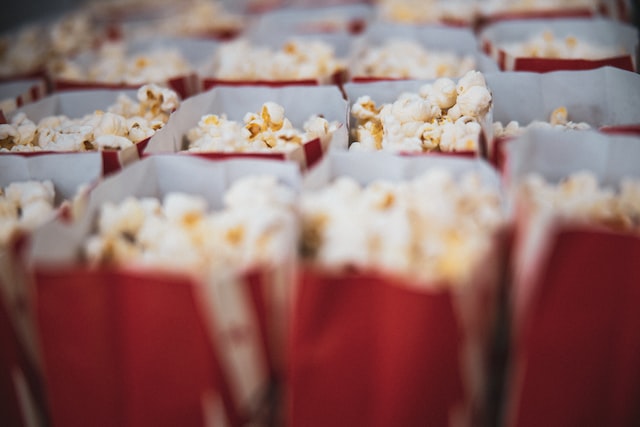 The Michigan Theater is offering a dazzling lineup of holiday classics for free – just make a reservation on their website.

Every movie deserves to be seen in a theater, and the Michigan Theater pulls out all the stops to bring you seven classics from November 25 through December 23.

Everyone knows “It’s a Wonderful Life,” but a growing number of movie lovers are being introduced to another James Stewart holiday movie, “The Shop Around the Corner” made a full six years earlier in 1940, by director Ernst Lubitsch, a master filmmaker who single handedly created the “romantic comedy.”

Lubitsch was a successful German director from Berlin whose talent brought him to Hollywood in the 1920s and made him an in-demand director of early talkies. It took modern audiences longer to discover his films because many were made in the pre-Code era before the Hays Code not only banned his brand of sexy comedy but made it impossible for his best work to be seen by audiences until the disbanding of the Code in the 1960s.

Between these two films he made “The Shop Around the Corner” on a modest studio budget after buying the rights to the play and kept the story’s Budapest setting as a tribute to his own father’s shop in Berlin.

In 1940, the war had just begun and Lubitsch (who was Jewish) no doubt knew there may be nothing left of the place he once called home, making his loving attention to the details of his working-class characters in the film even more poignant.

The story centers on a small shop in Budapest and its workers who function as a microcosm of a family.

Mr. Matuschek, owner of Matuschek and Company, is played by Frank Morgan. Mr. Kralik (James Stewart) is the head clerk and Klara Novak (Margaret Sullavan) is the new holiday hire he keeps butting heads with.

They disagree on almost everything but have one thing in common – they both have pen pals who are a romantic distraction from their daily grind. Mr. Pirovitch (Felix Bressart) is Karlik’s colleague and friend who tries hard to avoid getting entangled in too much office politics.

While a good portion of the story centers on the fact that Kralik and Klara don’t realize they are each other’s pen pals, there’s a running theme in the film about miscommunication and how people present themselves to the world as they would like to be seen rather than as they really are.

In the case of all but one of these employees, the misrepresentation is out of vulnerability and self-preservation. Notice how every time the boss says he wants his employees’ honest opinion, Mr. Pirovitch exits the room as fast as possible. He knows darn well his boss doesn’t want an honest opinion.

Pepi the errand boy has his sights set on a higher position, inventing any title to call himself but errand boy. When asked by a doctor what his position at the store is, Pepi describes himself as a “contact man” between the customers and the store…on a bike, to which the doctor says, “You mean an errand boy?” and Pepi says, “Doctor, would I call you a pill-peddler!?”

A terrible misunderstanding between Kralik and his boss, Mr. Matuschek, who loves him like a son, results in Kralik being needlessly fired. In another dramatic plot twist, it’s revealed that the boss has problems in his private life that caused him to lash out at Karlik. After losing his job just before the holidays, Kralik discovers it’s Klara who is really his pen pal, but how can he tell her now? To complicate things, Klara still hopes to meet her pen pal and be engaged on Christmas Eve.

Ernst Lubitsch considers this his greatest film, and the director’s keen insight into human behavior makes this story relatable in any decade. Famously remade as “You’ve Got Mail” in the 90s, “The Shop Around the Corner,” playing Sunday December 4, is a must see.

For a full list of the Michigan’s free holiday movies and showtimes visit https://michtheater.org/holidays