Back in the Closet 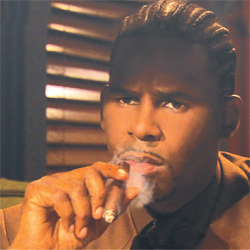 Brilliantly bizarre, R. Kelly is the Willy Wonka of R n’ B and his episodic musical drama Trapped in the Closet is his tremulous boat ride through the psychedelic tunnel. An extended hip-hopera album about secrets and infidelity, Trapped sees R. Kelly play an extended cast of misfits in a series of delightfully tacky misadventures narrated by his silky singing voice. Real talk. Bring your child-like sense of wonder to the Michigan Theater’s interactive screening of Trapped in the Closet as part of its Cult Films for Summer Nights series. No shame allowed.