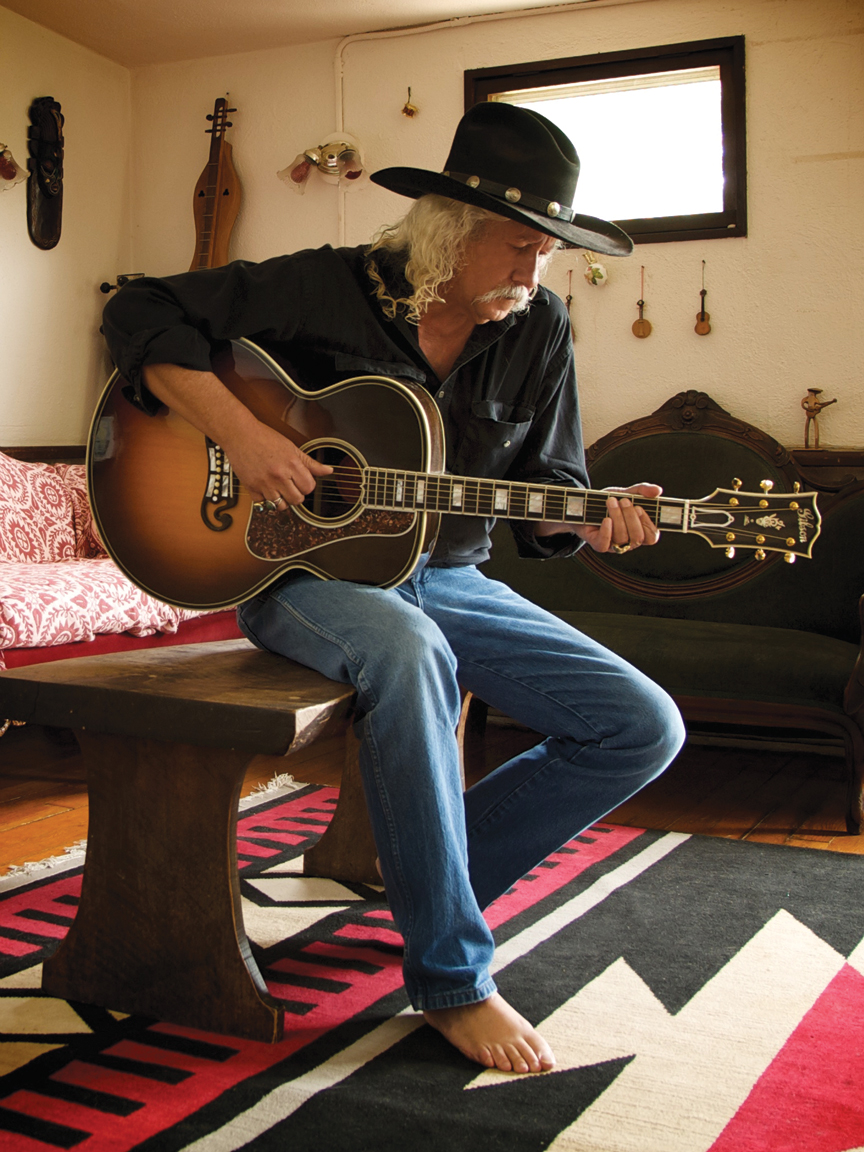 His best-known single, “The Alice’s Restaurant Massacree,” has become a Thanksgiving Day tradition, and is still played on radio stations across the country nearly 50 Turkey Days after its release. There’s more to Arlo Guthrie than one great track, though. The son of American folk legend Woody Guthrie, Arlo has been recording six-string protests since 1967. Guthrie will bring his finger picking to The Ark this month, and we couldn’t resist splitting the wishbone with him.

Tell me about the first time you played in Greenwich Village in NYC, when Cisco Houston pulled you onstage.

I was thirteen. I was listening to Cisco at Gerde’s Folk City one night in February 1961 and Cisco asked if I would sing a few songs. I didn’t realize until much later how ill he was. It was Cisco’s last performance, and my first. Sadly, he passed away soon after.

Some of your strongest songs reflected a kind of dissatisfaction with the way the 60's counterculture ended. Do you think we have improved on things since then? Or have things degenerated?

Without trying to sound overly philosophical, it seems to me that everything generated must, at some point degenerate. I love that things come and go and I’m rarely dissatisfied. There are people who get upset about being born or dying, or the sun coming up or going down – I’m not one of them.

Obviously your best-known song is "Alice's Restaurant Massacree," which has a reputation as a beloved sort-of novelty song, but it actually has a very powerful message about war and militarization and authority. All these years later, how do you feel about that song and its place in pop culture?

I’m thrilled that Alice’s Restaurant is associated with the momentous changes that took place 50 years ago. I remember when the song wasn’t nostalgia, when it was new and audiences had no idea what they were listening to. I also remember the moment when I realized it was over, and that every performance from then on would be for people who had already been introduced to it. It was nowhere near as much fun after that, so I decided to stop performing it every night and opted to play it every decade instead, thinking I might have the pleasure of a few new victims that way. The 50th anniversary of that Thanksgiving will be here pretty soon and we are already booking the anniversary tour (January 2015 – May 2016). I’m having to relearn the entire half hour. We’ll do it on the road for a year and a half then retire it until the 60th anniversary, assuming I’ll still be around.

Folk icon Pete Seeger passed away earlier this year. Could you share any memories you have of playing with him?

In 1967, Pete asked me if I would join him for a gig on stage at Carnegie Hall in NYC. It was a date (between Thanksgiving and Christmas) that he inherited when he had been a member of The Weavers. We did Carnegie Hall the Friday and Saturday nights after Thanksgiving for the next 35 years, until we dropped the Friday concert. In the late 90’s Pete told me he wasn’t going to continue doing “those big shows” anymore. For the next decade or more I continued that Saturday night either on my own, with guests or with family. […] The last time Pete and I were on stage together was only a few months before he passed away. He joined me and my entire family (all 16 kids and grandkids) onstage in November 2013 at Carnegie Hall in NYC. That was a very special concert as the family and I had prepared as many songs that were either written or made famous by Pete as we could fit into an evening. […] It was a fitting farewell and I will forever be grateful we were able to make that happen.