Between Shades of Gray, live 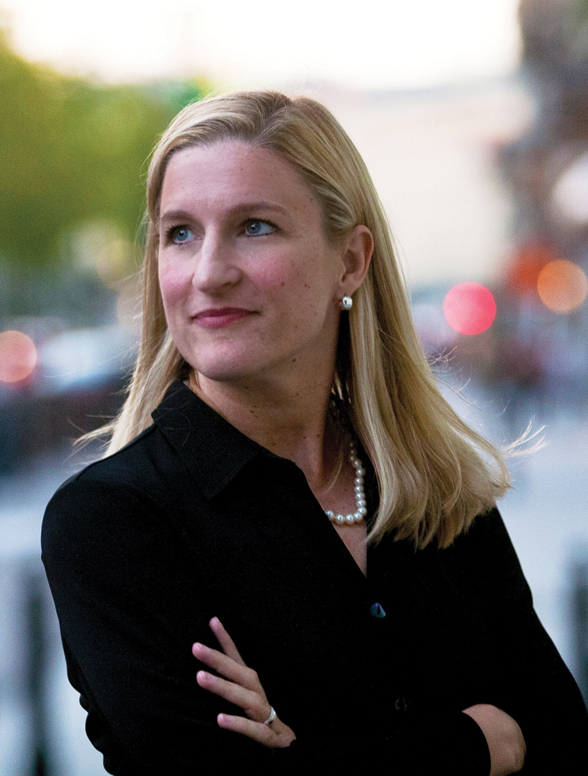 Each year, Ann Arbor/Ypsilanti Reads launches a two-month literary awareness campaign, spearheaded by a single book. Normally, the program features a work of nonfiction—not so this year. 2014’s selection is Between Shades of Gray, the debut novel by Michigan native Ruta Sepetys, exploring her Lithuanian heritage. The novel became an international bestseller in 2011, and racked up awards including being named a New York Times Notable Book, a Carnegie Medal Nominee and the winner of the Golden Kite Award. Current exchanged words with Sepetys about the origin of her story—and herself.

Were you born in the mitten? Where did you attend school?

Yes, I was born and raised in Michigan. I attended Harrison High School in Farmington Hills and graduated from Hillsdale College. I am very proud to be from Michigan!

Can you outline a particular moment, or spark of insight behind Between Shades of Gray?

Growing up with the name ‘Ruta Sepetys’ always raised questions. People constantly asked about the origin of my name, so discussion of my Lithuanian roots has been a strong part of my identity since childhood. In 2005, while visiting family members in Lithuania, I was told that some of my grandfather’s family had been deported to Siberia during Stalin’s reign. At that time, I was not aware of the Baltic deportations. I began to research the topic and was shocked when I discovered how many Lithuanians, Latvians, and Estonians had suffered, yet somehow the history was still fairly unknown. I became inspired to share this part of history.

What was the most difficult part of writing the novel?

The interviews with the survivors were the most difficult, who would share experiences and information that they had kept as secrets for half a century. I sat down with people who had been sentenced to death, brutality, and torture, yet somehow managed to survive. It was extremely emotional when they finally shared their stories.

The cleansing of the Baltic people was not discussed in America until the 90’s. Why?

After the war, the Baltic countries remained Soviet occupied for fifty years. People weren’t able to speak about what they had experienced. If they did, they risked arrest or recrimination by the Soviets. The Baltic countries regained their independence in the early 1990’s and fifty years of silence had taken its toll. Many survivors have written incredible memoirs and accounts of their time in exile, but very few are written in English. I hope that the real stories will soon be translated into additional languages to allow a wider audience to read them.

Did you imagine that your first novel would win prestigious awards and go on to be an international bestseller?

Never! I can’t express how grateful I am. I wanted to share the story of a hidden piece of history and I thought the audience would be very limited. Teachers, librarians and booksellers have put the book into the hands of many readers who would never choose to read historical fiction.

Between Shades of Gray is only the second work of fiction to win Ann Arbor/Ypsilanti Reads in twelve years—why do you think that is, and what makes a good work of fiction?

I’m so honored that Between Shades of Gray was chosen. Perhaps non-fiction is a popular choice because it often speaks to human experience rather than trend? In terms of Between Shades of Gray, I tell people that I wrote the book, but history wrote the story. This story belongs to the Baltics and those who experienced Stalin’s terror. In terms of what makes good fiction, I enjoy stories that raise questions but don’t necessarily give all of the answers. I appreciate fiction that inspires me to research a topic and discover further information on my own.