A round of applause 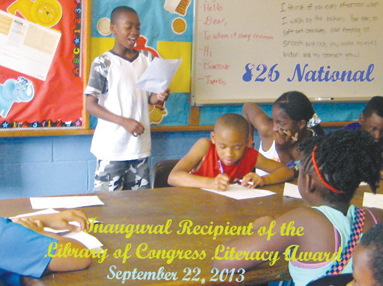 It's about time 826michigan received the credit they deserve. Earlier this year, the Library of Congress awarded 826 National (a nonprofit organization of which 826michigan is a part) with 2013 Library of Congress American Literacy Award. The award will hopefully precede an increase in funding for the literary nonprofit, which provides writing outreach programs, workshops and tutoring for students, supplying them with the tools they need to become better writers. 826michigan, founded in part by lauded author David Eggers, and has been bringing literacy to the Ann Arbor, Detroit and Yspilanti areas for eight years. Show your local writers some love, and maybe volunteer.