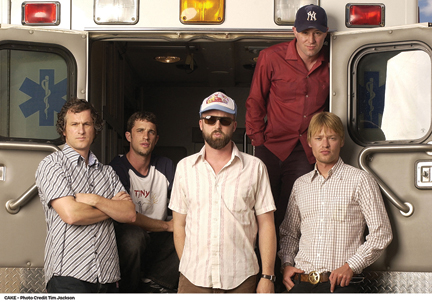 With their deadpan delivery and lock-step grooves, the musicians in CAKE aren’t your typical alternative rock superstars. Against all odds, their hip-to-be-square take on funk rhythm has produced several hit singles, such as “The Distance,” and “Short Skirt/Long Jacket.” This California five-piece, once a cornerstone of the nerd-rock scene, has aged into one of modern pop’s most beloved acts (their last album, Showroom of Compassion, debuted at the top of the Billboard charts in 2011). Rockabilly royalty Wanda Jackson will open this show, part of the annual Ann Arbor Summer Fest. 8pm. $40-60.