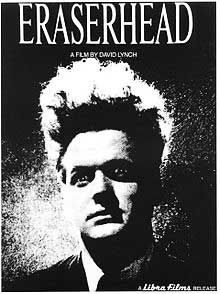 In the long-standing tradition of the midnight movie, the Michigan Theater is presenting the "Summer Classics After Dark" series, a 10 pm run of late-night cult classic screenings. On Thursday, July 11, the film will be a creature feature of the existential variety: David Lynch's Eraserhead. The director's first film, Eraserhead chronicles the hallucinogenic nightmares of Henry Spencer, a man who lives in industrial squalor. Spencer is forced to care for a needy, swaddled mutant which may, or may not, be his child. It's a horror story about birth, and the birth of Eraserhead was painful indeed—Lynch spent five years making this spooky, mind-expanding cult classic.