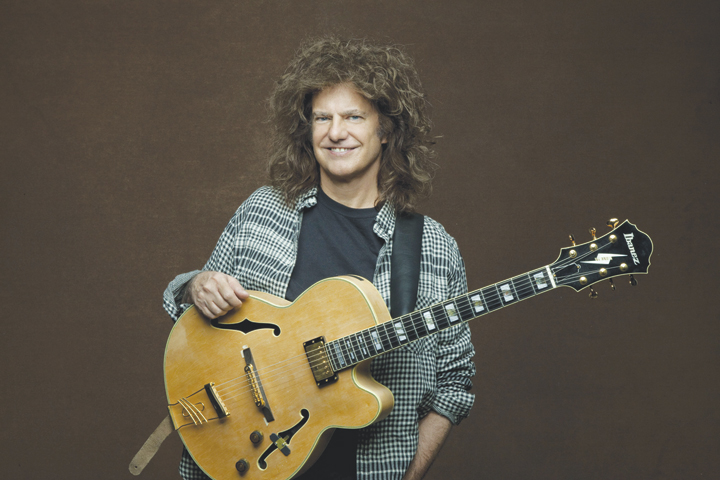 Even if you don’t recognize his name, you’ve heard his music. Pat Metheny, with three gold albums and twenty Grammys under his belt, is one of the most decorated jazz guitarists of all time. After forty years in the industry, both as a solo artist and as a session musician for artists like Joni Mitchell and David Bowie, Metheny’s learned a thing or two. Current picked his brain in anticipation of his Tuesday, March 18 concert at the Michigan Theater.

I have played there a bunch of times over the years, with my own groups, with Ornette Coleman and Gary Burton and others. It has always been a great town to play in and Michigan in general has always been very supportive of my thing, right from the very beginning.

On his upcoming show

This tour is the Pat Metheny Unity Group, we have a new record out called KIN (↔). We will be playing most of the music from that record, but we had a previous record called Unity Band that was the Jazz Grammy winner last year—so we will certainly be drawing from both of those collections. That said, we play a huge variety of music from all over my career mixed in there too.

On getting ready to play

Having done this for so long, I guess I do have a few quirks. I prefer playing on an empty stomach, so I don’t eat all day before the concert. I always try to exercise before the gig to get ready and warming up on the instrument for an hour or two each day is essential for me.

For me as a fan of music, the concerts that I like the most are the ones where you can sense that the musicians are really committed to playing the way they are playing, whatever it is, and they are anxious to share what they have discovered about music and what is meaningful to them with the audience. I try to do exactly that myself.

I never have understood the word. It kind of came along after I started. I actually would say that I hear it used mostly in a pejorative sense. All those words, jazz, rock, classical, etc. are pretty much meaningless to me. There is one big thing—and that is music.

On working with David Bowie

Watching David Bowie do his vocal on “This is not America” was really interesting. He reminded me of a really good improvising musician in the sense that he really knew himself and was also really pushing himself.

I do like to listen to what everyone is up to. It is an instrument that remains mostly undefined in any conventional sense—everyone who picks one up touches it in their own way and finds their own customized technique based on their body types and what kind of guitar they bought and what players they have listened to. It is amazing the variety of approaches that are possible and still have be called “guitar”.

On the future of music

I don’t worry about it too much. My basic sense is that most of the people who are really going to like this music are not currently on the planet. Good notes are impervious to time. I do my best to trade in that currency as much as I possibly can.