One of the most audacious and wry directors in the business, Penelope Spheeris walks the razor's edge between mainstream and independent. Her films celebrate and revile the culture of rock music, both in features like Wayne's World, and in her crushing The History of Western Civilization documentaries. Spheeris' work will be examined at The Ann Arbor Film Festival this March, and Nick Roumel sat down with Spheeris to discuss her work, in anticipation of this year's fest.

What draws you to the subcultures you feature in your films?

Being born in a carnival, and having an immigrant dad (he was the strongman) and a brilliant but crazy mother, I got to feel comfortable with chaos and insanity, and I recognize the connection between mental imbalance and brilliance.

Is it unusual for commercial filmmakers like you to also create independent works?

(Jokingly) We don't admit it but we take whatever job we can get! But seriously, for me, I have an addiction to making movies. I will make a movie even if I don't get paid, and it costs me to make the movie. I do it for the love of the art.

How is it that "I Don't Know"  and "Hats Off To Hollywood," short films you made in the early ‘70’s, were recently rediscovered and restored?

Mark Toscano and the Academy’s archivists noticed my name on film cans in the various vaults around town, and asked if they could restore my early work. I am so grateful! I had practically forgotten about these movies I'd made as a film student.

What do you hope to convey to the Ann Arbor Film Festival's audiences through your films and your personal appearance?

I hope to bring some fresh insight into the Hollywood filmmaking experience – offering stories about both the studio and independent projects I have been involved with over the last 30 years. 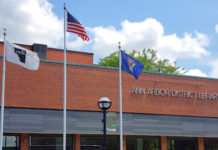