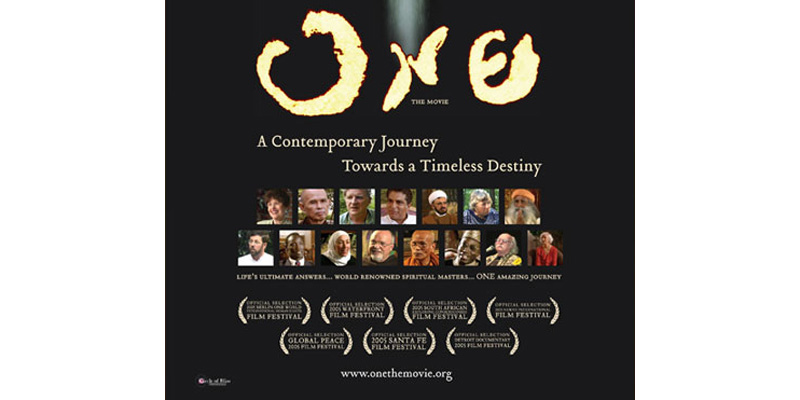 If you ever decide to film an interview with a world-renowned religious scholar, you might
want to know how to operate a camera first.

That advice comes from Scott Carter, who learned the hard way when he began a documentary project with his friends Ward M. Powers and Chad Muncie. “We’d get together once a week to sing, read and write poetry, watch movies and ask questions,” says Carter. After 9/11, the group wanted answers for the bigger questions—for instance, the causes of suffering and the meaning of life. “At first, we were asking everybody we knew to do filmed interviews: Buddhist, atheist, a priest, a rabbi, kids, grandparents. Then we thought, let’s ask somebody famous. We looked up Robert Thurman’s e-mail address, and were laughing as we sent it.” 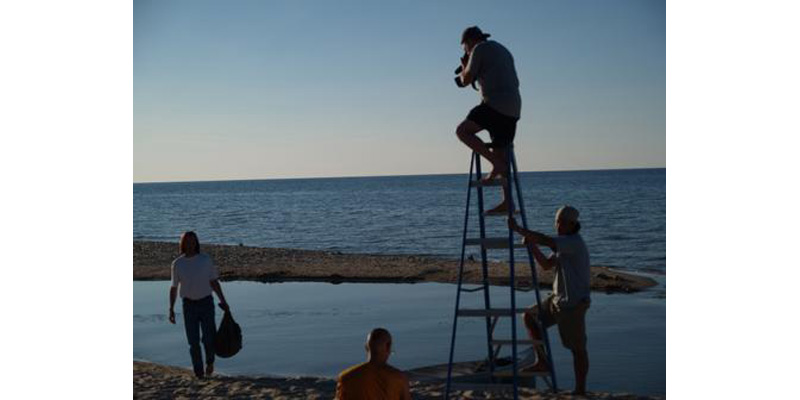 To the group’s astonishment, the next morning, an email from Thurman—the Je Tsongkhapa Professor of Indo-Tibetan Buddhist Studies at Columbia University, considered one of the foremost American Buddhist scholars—was sitting in the inbox, saying that he would love to meet with them.

The filmmakers boarded a plane just days after their camera had arrived in the mail. “I literally spent the flight reading the manual,” says Carter.

He found Thurman to be “the most kind and generous man that I’ve met in my life. He thought we were gonna do a radio interview, so he was scruffy and invited me into the bathroom while he shaved.”

The interview proceeded smoothly, until one particular question. “We decided we would ask people to describe, non-verbally, the condition of the world. Thurman just stared straight into the camera. When you watch the film, it’s kind of hilarious how nervous I am; you see me zooming in, zooming out, focusing—I’ve worked with this camera for about an hour total at this point.” Thurman continues to look, directly at the camera, and, like Carter, the viewer may feel awkward and even uncomfortable as he or she wrestles with the meaning of that unflinching stare.

Once Thurman was on board, the team found it easy to engage well-known thinkers, including Deepak Chopra, Ram Dass, and peace activist Thich Nhat Hanh. Equally important were people who they simply met in different environments. A young homeless man responds with unapologetic honesty. A woman known as Dragonfly, the Woodstock Fairy is “a remarkable witness to the human condition.”

Using the documentary as a stepping stone to a career in film was never the point, and in fact ONE remains the sole credit for all three. “Sometime we think about making ‘One: Two,’” laughs Carter. “But it was so many years of our lives.” Ward Powers continues to work as an attorney and Chad Muncie is “still exploring human experience,” says Carter. As for him, he’s teaching yoga in Ann Arbor and also working as a visual artist.

For additional information about screenings of
One: the Movie, visit a2yoga.net or call 734-216-4006

The film is also available for purchase at A2 Yoga.
There will be plenty of times for discussion, questions and answers.
“I have no attachment,” says Carter.
“I don’t care if people rave about it or slam it.
I’m always so grateful that someone takes 78 minutes to watch the movie.”