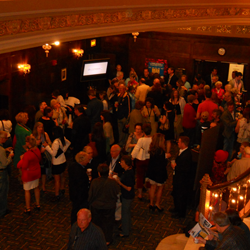 A film festival is more than just going to movies. Tips and takes from some veterans can help you make the most of Ann Arbor’s version of Cannes: Cinetopia will run from Thurs., June 6 through Sun., June 9.

What sets Cinetopia apart from other festivals? “Well, it’s here in Ann Arbor,” says Russ Collins, executive director of the Michigan Theater. “So you can see the best movies from the best festivals—Toronto, Berlin, Sundance, more—vetted by international audiences, and in nice weather and a walkable town.” Following a stellar debut in 2012, Cinetopia enters its second year with a line-up of over 40 films, and adds the DIA’s Detroit Film Theater to its venue list, which also includes the Michigan and State Theaters, and UM’s Angell Hall. Here, some perspectives from different seats in the house. 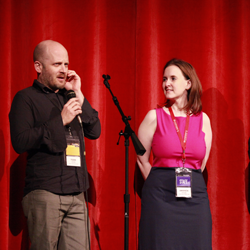 The Pro: Amanda Bynum, Festival Director
Big Surprise: Last year, Missed Connections [the first film of director Martin Snyder] was a late addition after I saw it at the Cleveland Film Festival and LOVED it. The filmmakers and two lead actors came to the festival, and had a blast; they completely got into the Cinetopia spirit.
The Art of the Bounce: Buy a pass so you can bounce from film to film without a) waiting in the box office line and b) paying single film admission. If you end up in a screening you don’t like, you can just leave and walk into something else.
Subversive Tip: Clear your calendar for Friday: work won’t miss you for one day!
Practical Tip: Fully charge your phone; you’ll be glad to have it when you’re standing in line.

The Contributor: Matthew Mishory, director of Joshua Tree, 1951
The Review: The Michigan premiere of our film was in possibly the most beautiful picture palace on the festival circuit. The audience was enthusiastic and film-literate, and the Hospitality Suite was a great place to meet our fellow traveling filmmakers and locals alike.
The Shocker: Ann Arbor smashes the stereotype that cinephilia is limited to the coasts. 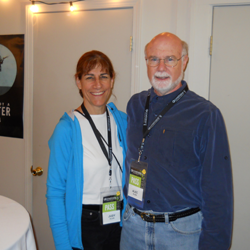 The Gofer: Alec Allen, Volunteer
The Gig: Chauffeuring visiting filmmakers and actors to and from the airport, and helping set up the Hospitality Suite.
Greatest Hit: Squeaking in time to get a director and his friends to Slows BBQ in Detroit before they had to catch their plane.
On Driving Instead of Watching Movies: A huge part of the festival is to just talk and laugh with people who love movies. It’s impossible to see every single movie anyway. My wife, son, and his significant other volunteered as well, that was great. 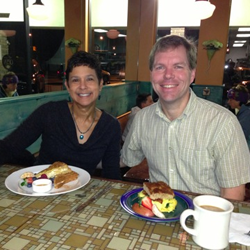 The Movie Lovers: Eric and Ines Storhok
Prep Talk: Do your research; plot a preliminary schedule. Be open to change your mind when you talk to other festival-goers and Michigan Theater staffers.
Insider Tip: If films have been picked up by major studios, they’ll probably get released in mainstream theaters at some point. We like to focus on smaller movies that we may not otherwise get a chance to see.
Refueling Spot: The Hospitality Suite gives you the best feel for the festival; you meet other moviegoers as well as some of the filmmakers and actors. And for a snack, you can't beat the popcorn from the Michigan Theater!

The Hotlist
These titles are high on some Must Watch lists: